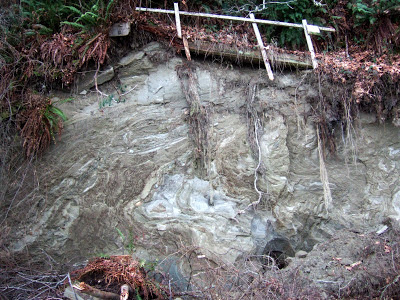 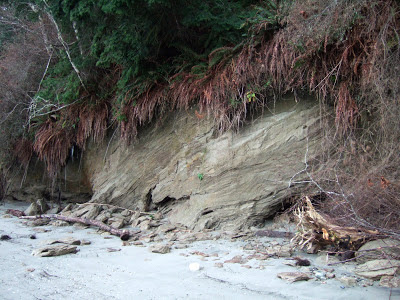 The folded and sometimes broken deformed sedimentary beds from soft sediment deformation may obscure the presence or suggest the presence of tectonic deformation within these units. The mound of mine waste reminded me of an advancing ice sheet; a thick load of material placing a mass on soft sediments that will have to deform. That deformation and even possible offsets of sedimentary beds may act very much like what has been observed at Stainforth. We only see the surface expression of that deformation, but the subsurface is being deformed as well via a deep-seated fracture followed by disruption of sedimentary layers. 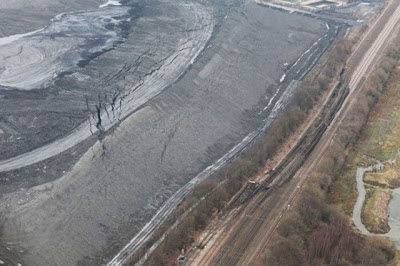 Mine waste pile deforming the subsurface.