I reviewed a recent forest practice application at Tala Point in Jefferson County. The initial application map is shown below: 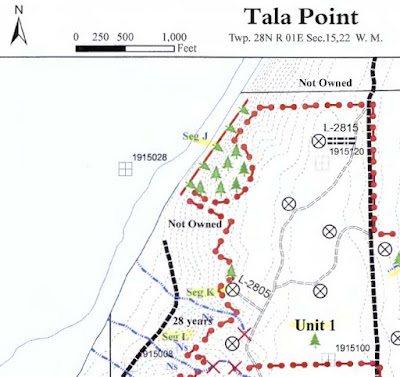 Red outlines the proposed harvest area.
Trees are left within the semi circular area due to a nest site.

Based on my geology assessment, I noted that the proposed harvest included areas on the northwest portion of the harvest that are within the groundwater recharge area of a landslide prone area. 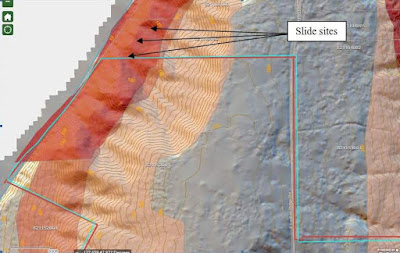 These slide areas are deep-seated slides in that the failure zones are deeper than the tree rooting depths. The slides are in glacial related sediment and thus under forest practice rules should be considered glacial deep-seated landslide areas. The forest practice rules call for the groundwater recharge area to glacial deep-seated landslides to be either avoided or follow a much more detailed application review process. Typically, when what are termed rule identified landforms are recognized, they are not harvested.

Our report was forwarded to the DNR (Department of Natural Resources) as a public comment on the proposed harvest on July 2. On July 16, the DNR issued the following notice:

Thank you all for your comments and phone calls regarding Pope Resources’ harvest proposal under Forest Practice Application/Notification (FPA/N) number 2615518, commonly referred to as Tala Point.  I wanted to take this time to provide an important update on the processing of this application.

After initial remote review of this application and a subsequent July 6th field review of the western half of this proposal with our staff geologist, it was determined that this proposal contains, or is adjacent to, rule defined potentially unstable slope features as described in WAC 222-16-50(1)(d).  As a result we have requested additional information from the landowner in the form of a report from a qualified expert.

As of this morning, the applicant has chosen to withdraw FPA/N 2615518.  Please feel free to share this information with other interested individuals or those I may have inadvertently missed.

Thank you again for your interest in this application, 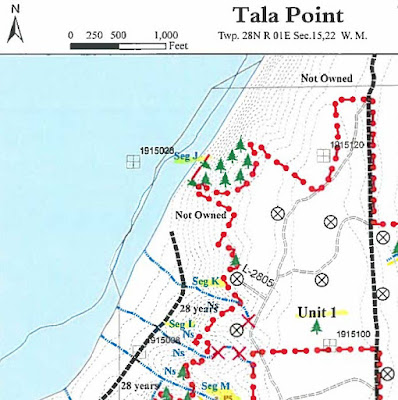 The system worked and the timber company and the DNR followed the forest practice rules.  It was good to see geology agreement between the comment, DNR and the applicant as to the landform, type of slide and the recharge are to the slide.
Posted by Dan McShane at 4:33 PM 2 comments:

Perkins, Reid and Schmidt (2017, Geology) compared landslides associated with glacial terraces in three valleys of the Cascade Range, the Cedar, North Fork Stillaguamish and Skagit valleys. Although the terraces have similar topographic appearances, the underlying glacial related sediments at each terrace differed and thus the mechanics and scale of the slides are differed. The terrace reviewed in the Skagit Valley is called Burpee Hill and is located west of Concrete.

Lidar derived figure from Perkins, Reid and Schmidt (2017) of the slides on the south side of Burpee Hill

Oates (2016) investigated the slides at Burpee Hill mapped the geology units and thicknesses of the units. She noted that the run out distances of these slides was truncated by the river. However, the deposit of one of the slides still remains on the opposite bank of the Skagit. 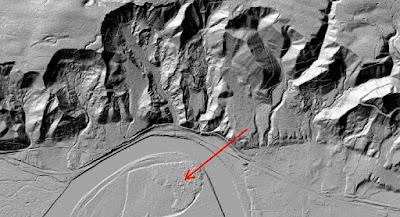 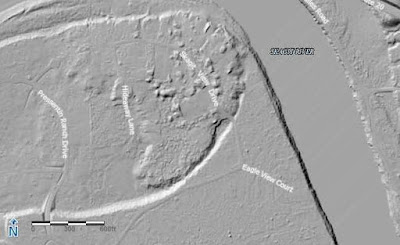 Regardless of the different mechanisms and style of slide initiation, all three terraces reviewed by Perkins, Reid and Schmidt (2017) are capable of generating long run out landslides. The hazard areas posed by these long run outs is a challenging policy issues at many government levels.

Posted by Dan McShane at 7:46 AM No comments:

The trade wars have begun. Washington State does a great deal of international trade. In part, due to our northern ports facing the Pacific. But the State also produces a lot of products that are shipped overseas. The US Chamber of Commerce put together a state by state highlight of the value of exports that will face tariffs. For Washington State the value of goods facing tariffs is more $6 billion (uschamber.com/tariff_data/one_pagers/wa.pdf).

Mexico has been especially strategic and that nations's retaliation will hit Washington fruit hard as well as potatoes. The Canadian strategy is to avoid supply chain issues for Canada.

I am not convinced about the Trump administration strategy, particularly with regards to Canada, Mexico and the EU. And I suspect that China situation is not well understood and will lead to long term harm.

Krugman knows a bit about trade and suggests that Trump will be well remembered for his statement that "trade wars are good and easy to win": Krugman: how-to-lose-a-trade-war

It appears the European thinkers will be strategic as well voxeu.org/new-cold-trade-war.

For Washington State - exports will remain important. It will be hard to consume all those apples.

Posted by Dan McShane at 7:12 PM No comments:

Back in early February I observed spiral of low stratus clouds off the U.S. west coast. I put up a short note about it (swirling-hole-in-clouds). 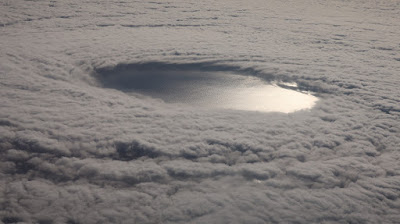 Doing some random research on a favorite topic I came across this NASA image: 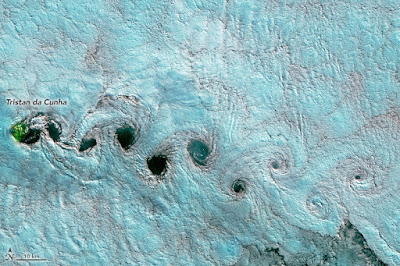 Holes in the stratus down wind of Tristan da Cunha

As a side note I have been fascinated by the South Atlantic island of Tristan da Cunha in part because I once had a map of the world completely covering on my wall and Tristan was right above the table I ate at - a remote island in the ocean demanding attention.

The hole in the clouds I observed is the same phenomenon and has a name - Von Karman vortex. And turns out that what I observed caught the attention of others and made the local news: https://weather.com/science/weather-explainers/news/2018-02-04-southern-california-von-karman-vortex

Posted by Dan McShane at 4:03 PM No comments:

Much of the shoreline bluffs on Marrowstone Island are very abrupt, with a steep vertical drop due to the hard glacial till that can stand for decades as vertical cliffs. 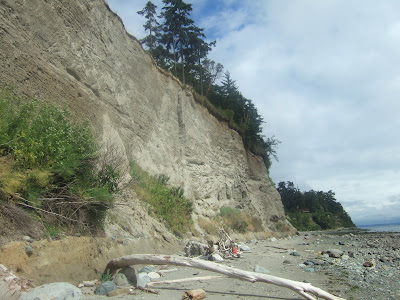 Many of the shoreline bluff I have inspected on Marrowstone have this sharp edged drop at the top edge of the bluff. The bluff above is exposed to fairly frequent wave energy such that any material that calves or ravels off the bluff face is washed away. That said, the bluff retreat at this particular bluff can not be discerned comparing historic aerial photographs dating  back 70 years.

A recent bluff I was inspecting was even higher than the bluff shown above; however, it was not as steep on its upper part due to the higher amounts of cobbles and gravel within the upper bluff. About 20 feet down the slope it became vertical similar to the bluff above.


Test pits for septic systems often save me a bit of time for looking at the surface geology of sites. 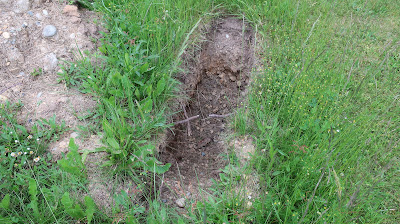 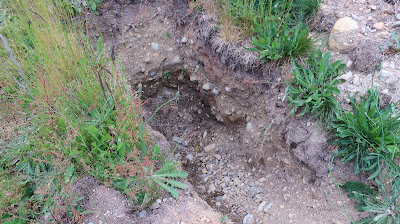 The above two pits were excavated into an area mapped as glacial till. At depth, the soil does become siltier and more typically of poorly sorted glacial drift observed elsewhere on the island bluffs as well as the steep cliff bluffs at Port Townsend. The round cobbles and slightly stratified nature of the upper units suggest some reworking of the sediments and forming a gravel/cobble lag. Glacial till can have some stratified layers due to water flowing at the base of the ice, and that was my working theory as to the high gravel and cobble  content in the test pits.

But on the drive over the mid section of the island, this slope is suggestive of a possible other explanation. 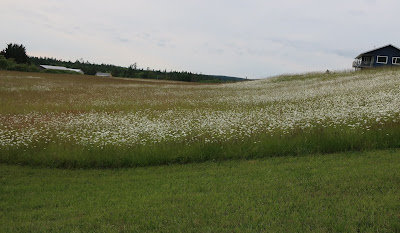 Maybe this higher portion of Marrowstone was reworked by wave action during seawater incursion during the late stages of the last glacial period.

The mass of glacial ice that filled the Puget lowlands caused the land surface to deform downward hundreds of feet. When the ice began to pull back, there was brief period when the sea invaded the lowlands and flooded the area at relatively higher levels than the current local sea level because the land surface was lower due to the ice loads. The water formed shorelines along the edges of areas inundated. After the land rebounded, theses former shorelines were uplifted to their current elevation.

These wave cut terraces are often rather subtle features. They are readily apparent in higher quality lidar (lidar-wave-cut-terraces-on-orcas-island). 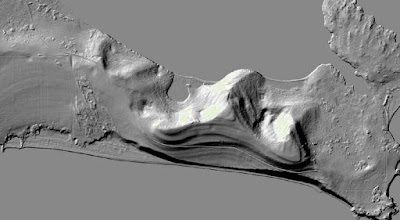 There is lidar coverage of Marrowstone; however, the quality is not as good as the more recent lidar coverage elsewhere and it is not clear if the slope above is a wave terrace.

But the slope is at the right elevation for having been a former shoreline. The hill slope is 170 feet. Across the water on Whidbey Island. Polenz, Schasse and Petersen (2006) mapping of the Freeland Quadrangle recognized former shoreline features at 125 to 130 feet at Double Bluff and 180 to 190 feet at Greenbank. Projecting across the water to Marrowstone the daisy covered slope shown above is midway between those two sites.
Posted by Dan McShane at 12:05 PM No comments: