"The heart of politics is not about policy. It's about values. I can disagree with you on eight out of 10 issues, but if you're an honorable, honest, empathetic human being, we can do business." - Charlie Sykes quoted in an opinion piece by Frank Bruni.

During my political era, I did concentrate a great deal on policy and I still work on range policy issues. I great deal of good policy work gets down into the details. Those details matter. Good policy requires honest assessments of those details, but it also requires empathy.

Good business requires honest assessments and empathy. Politics and policy are really not that different. A lot of failed policy efforts forget the empathy part or the honest assessment part.

Likewise, good politics require empathy as well. Of late I have been feeling empathy for conservatives. It can not be easy under the circumstances we find ourselves in.

I got a bit away from posting over the past three months -- busy and too easily distracted.

Reviewing maps along a portion of the Skagit River, I noted a place label called Skagit City. 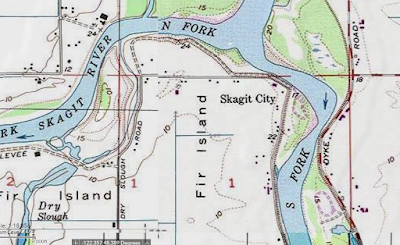 Skagit City faded away after large log jams were removed from the river upstream at what is now Mount Vernon. 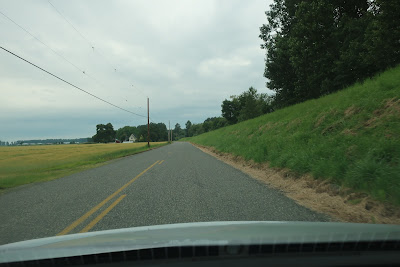 Approaching Skagit City. The main part of the town would have been to the right where the high flood levee embankment.

Once the jams were removed at what is now Mount Vernon boat access was extended up river and thus reduced the attraction of the town site. Further decline took place with the coming of rail. And the location of the town on the delta of a large river subject to very large floods likely did not help either. All that remains is a reference on the topographic maps.

Nice write ups at the excellent skagit river journal.com, a regular go to source of information.

Posted by Dan McShane at 2:24 PM No comments: