Pyrite in the Gravel

One of the sources of crushed gravel in Skagit County is a rock quarry. The quarry has mined large blocks of rock for levy projects, but the process of breaking the large intact blocks of rocks creates smaller rock. Hence a side product is angular crushed rock gravel for driveways and parking areas. The angular rock along with the fines within the crushed material forms a hard drive and parking surface. 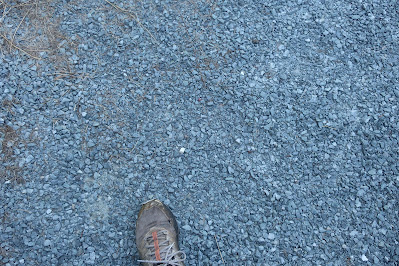 Walking across one of these driveway areas on a moonlit night I noted remarkably bright spots in the gravel. My geology brain clicked in and I recalled the likely source of the gravel being a rock quarry excavated into some altered ocean floor igneous gabbro. The ocean floor rocks are a Jurassic age accreted terrain slab of ocean floor. Hot fluids flowing through and old ocean floor precipitated minerals. The bright spots I was seeing in the gravel was moonlight reflecting off of the very smooth surfaces of cubic pyrite minerals. 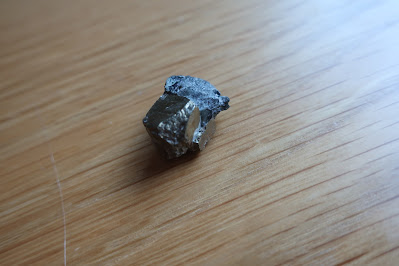 Pyrite is an iron sulfide mineral and is pretty common secondary mineral. Its breakdown via weathering in pyrite rich crushed mining tailings is a source of acid mine drainage. Its presence in some limestone deposits or the rock aggregates mixed into concrete is detrimental as the pyrite breaks down the sulfur released will form acids that will damage wiring, pipes or other metal in the concrete and can also form hydrogen sulfide foul odors.

Posted by Dan McShane at 7:52 AM No comments:

Field work hazards vary depending on where one is working and the time of year. In September in western Washington as well as elsewhere a hazard that I try to be alert for is ground wasp nests. 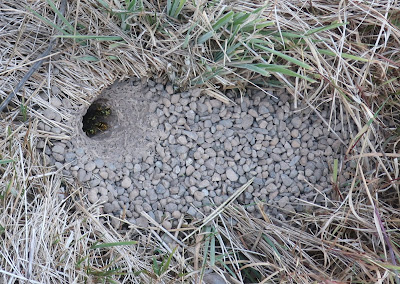 The life cycle of the wasps is such that the nests become very large in late summer and the nest becomes populated with adult wasps that will readily defend the nest. Fortunately the wasps rarely sting when passing near the nest, but accidently stepping into or on a nest in late summer is a hazard.

I managed to avoid stepping into any nests last summer and thus far have a avoided doing so this late summer. Last week a client helpfully alerted me to a nest along a survey path cut through the brush prior to my field venture. I noted the small fast flying wasps near the nest shown above before spotting the entrance.

My last encounter with stepping into a nest was on a very steep slope. The usual fast escape via running was impeded by the slope conditions which meant I had to crawl up the steep slope as fast as I could and likely further disturbed the nest as I began my escape. Once I reached the top of the slope, I was able to run, but continued to be stung. The next step was to shed my shirt and pants as fast as I could. Wasps release odors when they sting which stimulates additional stings and additional wasps to attack. My car was not far away and I had extra clothes (a typical habit as I often get wet doing field work). Even a half hour after my encounter there were still wasps stinging my dropped shirt.