Its Called Irondale for a Reason

Irondale is an unincorporated hamlet of old homes in Jefferson County on the northeast side of the Olympic Peninsula about 15 miles or so south of Port Townsend. Aerial View The name is not a fanciful reminder of some far away town. Irondale was one of the earliest, if not the first, heavy industrial sites in Washington State. The iron and later steel mill operated at the site from 1881 to 1919.

I was aware that there had once been an iron works somewhere along the coast here. But it was not until I headed down the beach from the county park at the end of Moore Street that I learned of the scale of the operation. I was utilizing the beach to access a steep bluff slope further south when I came across the former kilns. 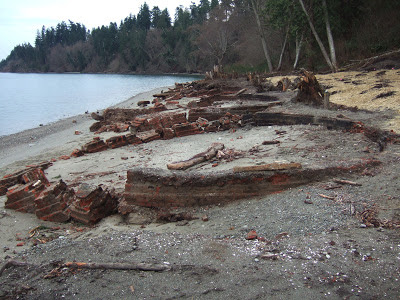 Line of kilns on beach south of Moore Street 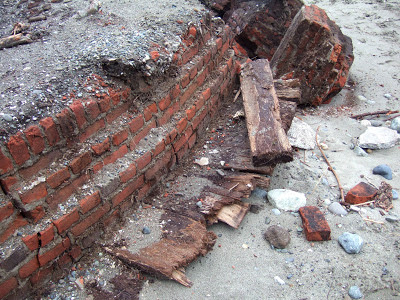 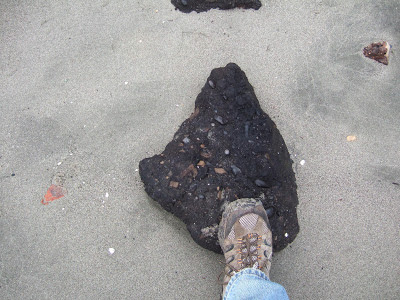 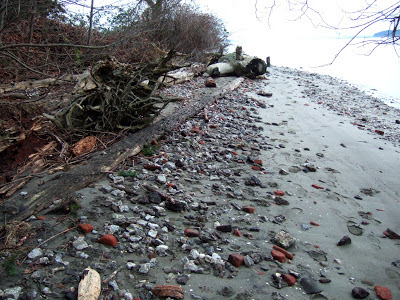 Initially the iron ore source was from bog iron in the bog lands of the nearby Chimicum Valley. The Chimicum Valley is a former glacial outwash channel. The valley was likely a sub glacial ice channel that then acted as drainage pathway as the glacial ice receded out of Puget Sound and meltwater drained around the end of the glacial ice towards the Strait of Juan de Fuca. The low spots later filled with peat bogs and bog iron formed in the bogs.

Fuel for the kilns was thousands of cords of wood derived from the nearby forests. Limestone came from quarries on San Juan Island and perhaps a few smaller quarries on Orcas Island. Later ore came from British Columbia and one old photo of the loading dock indicated a ship with ore from China. 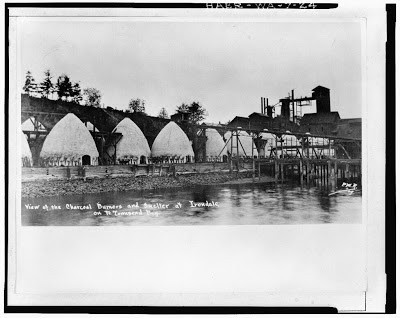 Besides the kilns on the beach, the concrete foundation remains of the steel mill are located above the low slope above the beach. 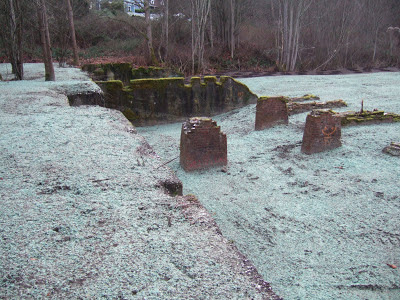 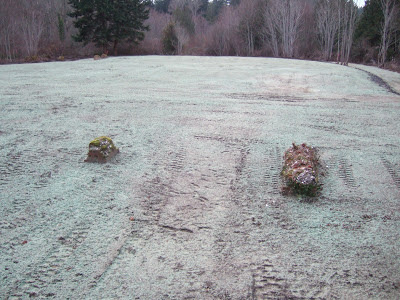 An environmental cleanup was completed at the site within the past year. I have not spent the time digging into the details of the cleanup. But suspect that it was mostly an effort to stabilize the high metal content soils associated with the mill works with some of heavier metals and other contaminated soils removed from the shore area.

As can be seen in the pictures above, the kiln areas are eroding. I have been to the shoreline reach to the south of this site several times before over the past 10 plus years. On previous visits I had always been able to reach the beach via scrambles down the bluff. Not this last time as the toe of the bluff slope over its entire length had been eroded with several base of bluff failures appearing to have been very recent. The erosion made for a bit of a hike and a bit of coastal history.
Posted by Dan McShane at 7:43 AM

Great info and pictures - thanks, Dan!

The environmental cleanup was undertaken by the Department of Ecology and Jefferson County. If you're interested in details, Ecology's site manager is Steve Teel (steve.teel@ecy.wa.gov).