I had a work venture up the Skagit Valley near Marblemount. A major tectonic structure is located near Marblemout, the Straight Creek-Fraser River Fault. The fault is a strike slip fault with the west side having moved about 60 miles to the north. Movement took place about during the Eocene. The fault divides the Northwest Cascades to the west from the Cascade Crystalline Core to the east. Near Marblemount the rocks on the west side of the fault consist of the Shuksan Greenschist. 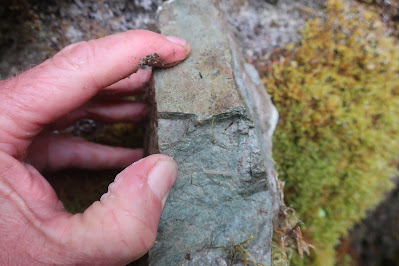 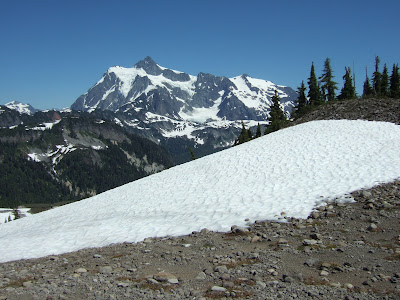 Mount Shuksan
There is a good chance that you have seen pictures of Mount Shuksan as viewed from Picture Lake. Ned Brown noted in his book Mountain Building Geology in the Pacific Northwest that he saw a mural of Mount Shuksan in a coffee house in Japan. The back of my 4th grade class located nearly 1,000 miles from Shuksan had a mural of Mount Shuksan and Picture Lake and I saw the same mural image in a taverna in Greece.
The Shuksan Greenschist is metamorphosed ocean floor basalt and is part of the Easton Metamorphic Suite, one of the many accreted terranes in Washington State. The Easton Terrane is an ocean floor terrane that includes thick ocean floor basalt and gabbro and deep ocean floor sediments. The age of the original terrane is between 170 and 130 million years old. The basalts and gabbro have undergone multiple metamorphic events. The initial metamorphism of some of the areas of the Shuksan ocean floor was from hot fluids post eruption of the basalts and crystallization of the gabbros (Haugerud, 1980). The primary metamorphic event was during accretion to the margin of North America when the basalt and gabbro were metamorphosed into greenschist and in some areas blueschist from high pressures during deep burial in the accretion zone along the edge of . Further low grade metamorphism took place during post accretion emplacement tectonic events.

Shuksan Greenschist has a high density and in places where the joint sets in the rock are widely spaced, the rock breaks into large heavy blocks that make for good ocean jetty rocks, in particular at the mouth of the Columbia River (skagit-county-greenschist). This possible use has generated some interest in mining into a mountain side a bit west of Marblemount. My venture took me past the potential mine site. 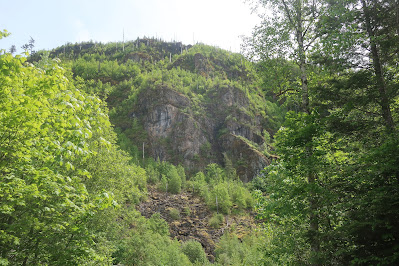 Cliffs of Shuksan Greenschist west of Marblemount
Site of on again off again proposed rock quarry
Last winter I visited the south jetty at the Columbia River. 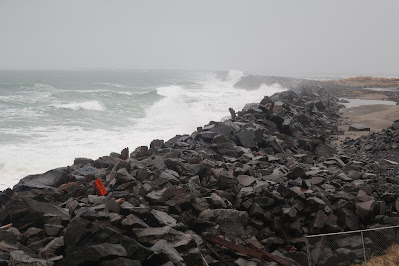 Jetty at the Mouth of the Columbia River 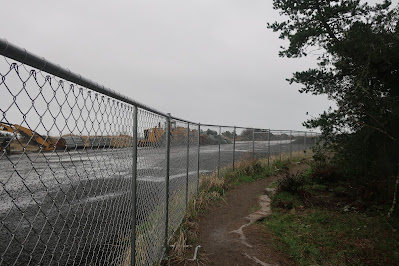