In A Landscape shows this summer were canceled due to covid. I had been looking forward to seeing a show this summer after seeing a show in Strabuck, Washington last summer (HERE). We took the opportunity to join a small group at Summer Lake, Oregon to see Hunter Noack play at his summer base. A delightful three evenings of music at the northwest edge of the Basin and Range. On the last morning we took in the Summer Lake playa with classical piano. I very much appreciated the effort In A Landscape put into this project and making a very safe experience in hard times. A very rare pleasure this year for sure. A few clips from the last morning:

Posted by Dan McShane at 1:16 PM No comments:

Email ThisBlogThis!Share to TwitterShare to FacebookShare to Pinterest
Labels: Non-Washington, odds and ends

Point Roberts in the Time of Covid

I had a project along the West Bluff of Point Roberts. The West Bluff continues to the Canadian border with the bluff near the border called Boundary Bluff. All in all a nice beach walk. 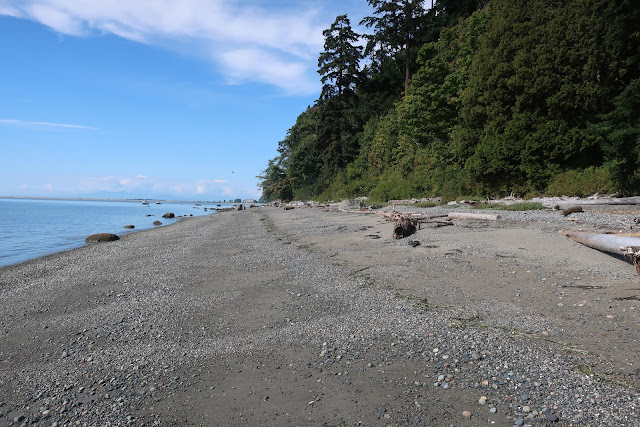 Boundary Bluff and the shoreline along the west side of Point Roberts
Point Roberts is a high bluff point of land that sicks down south of the 49th Parallel from the lower mainland of British Columbia. The point of land is part of the United States. Walking north there was nothing on the beach indicating the border with the exception of a battered sign facing north warning about the border and laws. 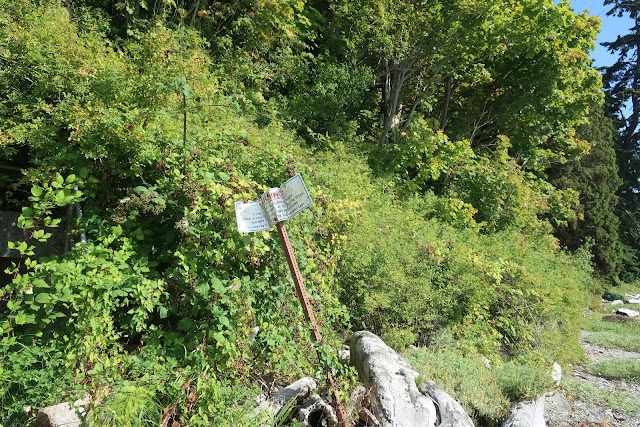 A navigation marker denoting the border is located well out in the tidelands. 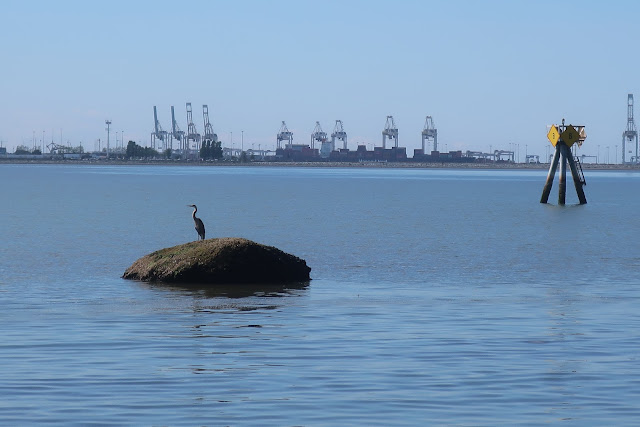 While Boundary Bluff is a fairly natural setting, there are two 4,000 feet+ causeways on the Canadian side of the border extending out to deep water. Both are visible in the above picture. The near causeway leads to the Tawwassen ferry terminal with sailings to Vancouver Island and the Gulf Islands. The larger causeway terminal is more visible with a large container transfer facility that transfers containers from ships and trains as well as coal export facility.
The top of Boundary Bluff is accessed via a road, Roosevelt Way, that is just on the south side of the border with the back yards of Canadians on the north side of the border. 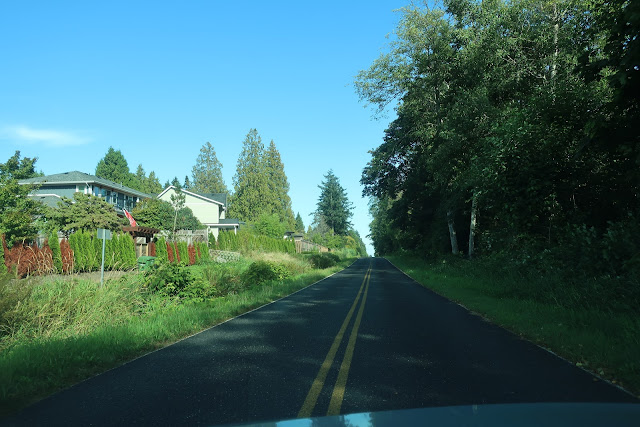 A trip to Point Roberts and back requires four border crossings: into Canada at Peace Arch, then into the U.S. at Point Roberts and then back again. With Covid travel restrictions the border is closed for all non essential travel including between the main part of the U.S. and Point Roberts. Assessing geology hazards for a project is deemed essential, and I was allowed entrance into Canada with no stops. So I had to pass on a stop at Tim Horton's. The above said and knowing that the border was mostly closed it was still a shock to be the only car crossing at the typically backed up Peace Arch crossing. 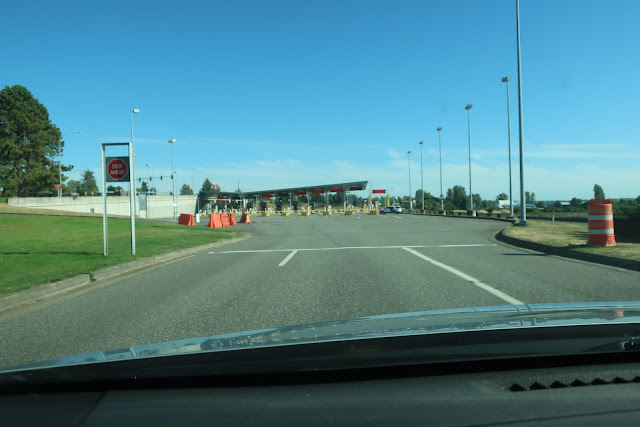 To get a sense of the potential inundation of a non survivable storm surge I set the storm surge at 15 feet for the Louisiana-Texas border region on a DEM map. First image is typical shore,second is with 15 feet inundation.