Castelluccio and Norcia are located in the central Apennines Mountain range in Italy. Castelluccio is in a spectacular setting. My first visit here was on a cold spring day that was just above freezing with a chilly fog. Many of the homes in the were abandoned. We were the only guests in the small hotel. A very austere cafe with plastic chairs and folding tables with concrete floor and walls was the only place to eat. However, the cook was incredible and we had an incredibly good dinner and shared our hosts enthusiasm and despair regarding this remote village. 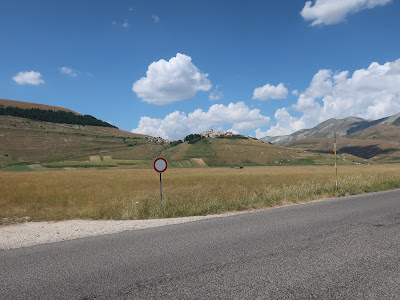 The town did have a bit of a revival due to tourism associated with outstanding outdoor recreation, spectacular scenery. The cook helped also as he turned out to be a rather talented and famous chef. Italy is a country of great regional pride and people come to Castelluccia for lentils - reportedly at least here as the best in Italy.

However, an earthquake in 2016 turned much of the town into rubble. 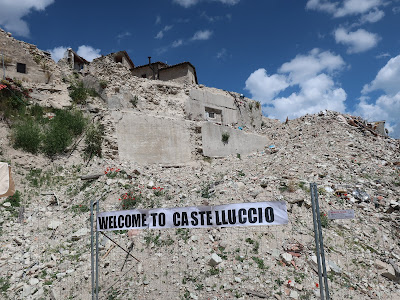 The hotel we had stayed at was gone. The cafe had not collapsed but was damaged beyond repair. The day we visited there were tourists visiting the flower covered fields or camping on the plain below and going on horse riding ventures into the mountains. Emergency funding had built structures outside of the town so the businesses could continue. 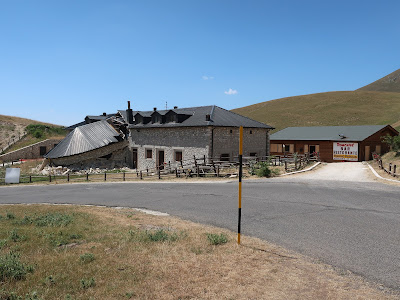 Damaged building on the mountain pass between Norcia and Cstelluccio with replacement building behind.

Norcia in the valley below was also severely damaged. There is an effort to rebuild some of the buildings including the famous church which for the most part had collapsed. 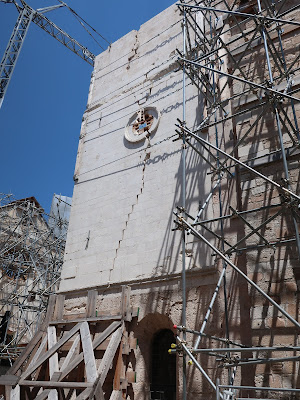 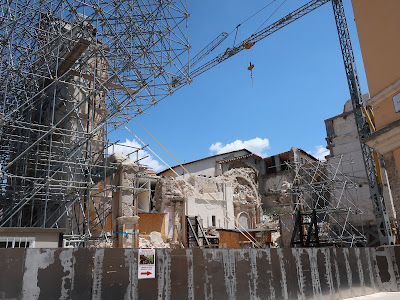 We did note some local frustration at the slowness of the rebuilding efforts. Housing erected out side of the city walls has been built, but it is a much different community with so many people no longer living in the city apartments and homes. And tourism has declined with the main Churches destroyed.

The quake was a normal fault slip. The simple story of plate tectonics is that Africa is colliding with Europe; however, some small plate segments are caught between the collision of the two larger plates. The Apulia Plate (or Adriatic) underlies the northeast edge of Italy. 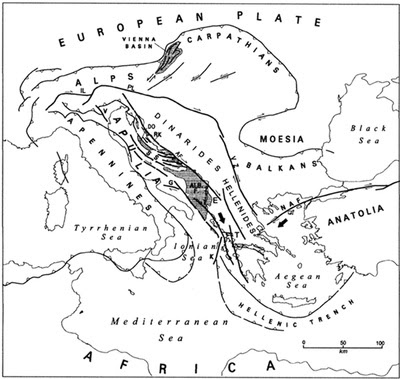 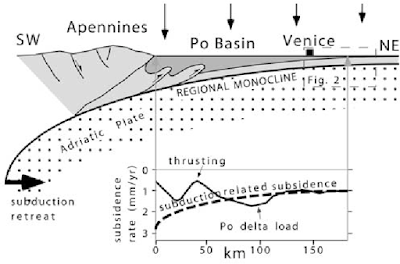 These normal fault segments are not long, but they are generally shallow. Hence, when the slip took place near Norcia and Castelluccio the proximity of the movement combined with gravity wall masonry construction proved to be very damaging.

The recurrence intervals on these types of faults is not well known. In recent years a number of localized very damaging and deadly quakes have struck areas of Italy that had no previous historic damaging seismic events. This has caused a shift in risk approach - but a huge challenge given the centuries of stone construction.

It is clear that Italy has experience shoring up damaged buildings after quakes. 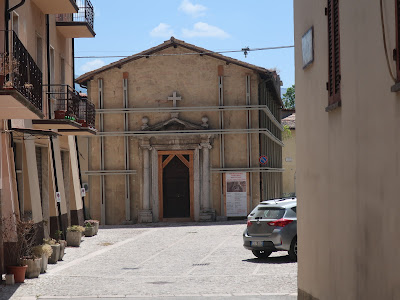 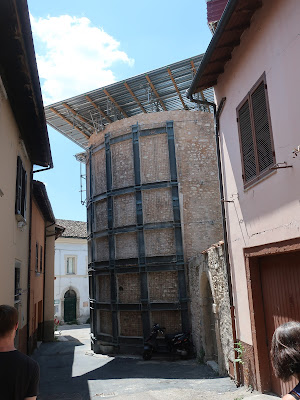 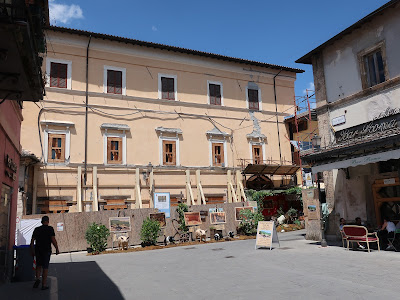 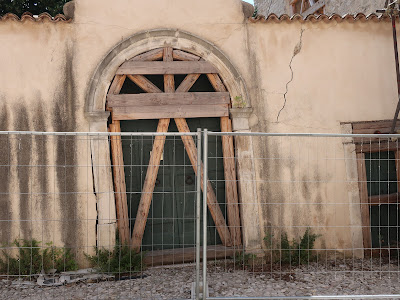 Posted by Dan McShane at 8:12 AM No comments:

I have been traveling and busy. Back home with a few observations from the plane trip. 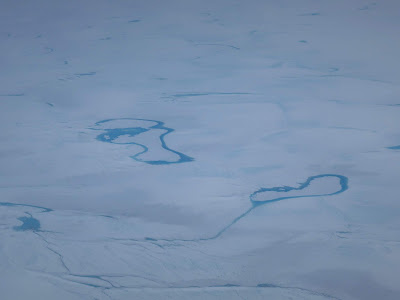 Pools of water on the Greenland ice sheet 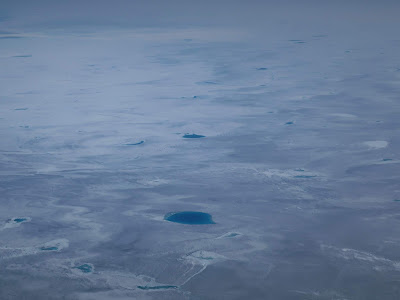 Pools of water on and dark ice 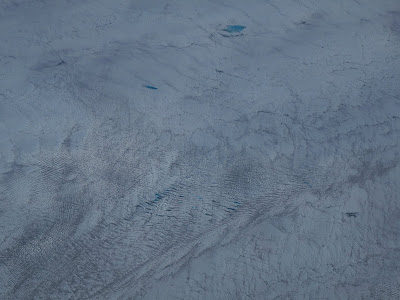 Ice flow towards the coast 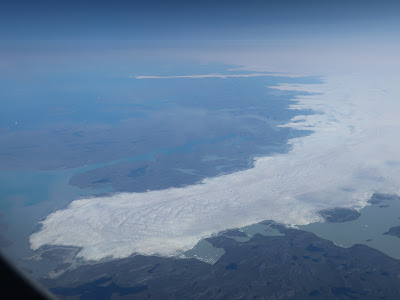 Note the even longer flow to the sea to the north 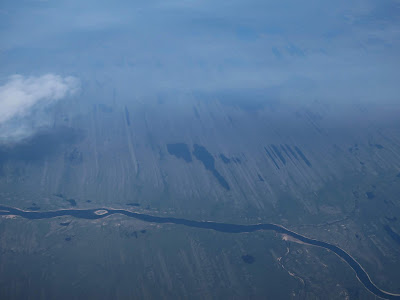 Drumlins and river in the far north of Canada 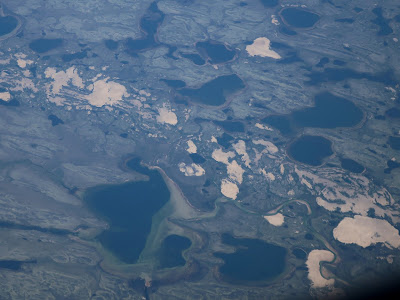 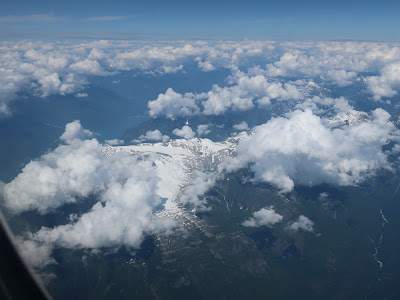 Getting close to home - BC Coast Plutonic Complex, the source of many Puget Sound boulders 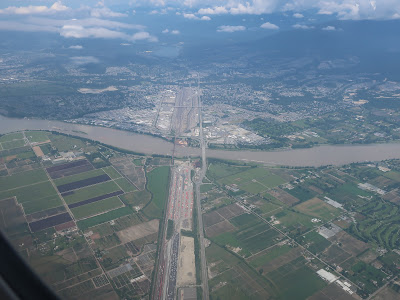 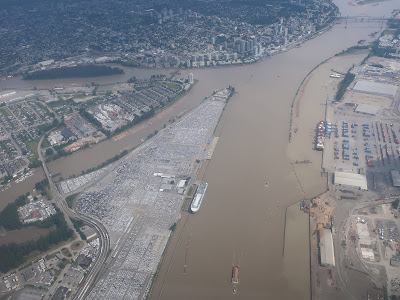 The delta as the Fraser splits into channels at New Westminster 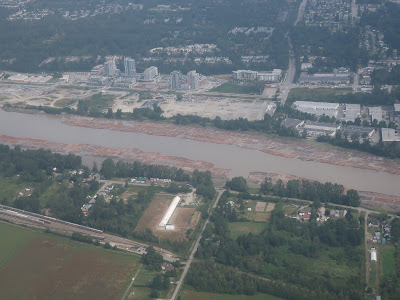 Miles of log rafts stored along the river banks

Posted by Dan McShane at 6:45 AM No comments: