I am sorting pictures from recent ventures away from Washington relative to subject matter that needs written up. Unrelated to my pending project, we drove through Wolf Hole, Arizona. 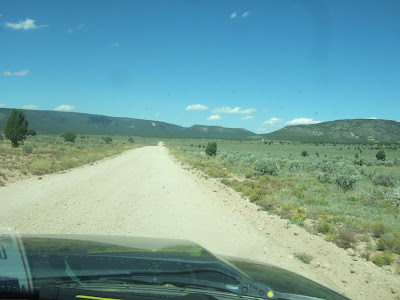 Avid Edward Abbey fans may recognize Wolf Hole as one of Abbey's favorite byline locations. Wolf Hole once did have a post office, but I suspect that was just a place for local ranchers and loggers to pick up mail as there is an old ranch near the road. The post office was discontinued in 1927, well before Abbey spent any time near this place. The Wolf Hole byline I think played to Abbey's sense of fun or perhaps to a sense of self protection. He also enjoyed a little outrage. The idea of some crazed enemy or fan going out to Wolf Hole (or Oracle - another byline) to find Abbey is a bit amusing.

I had intended to do some recreational adventures during my return trip to Washington, but the weather in central Nevada altered my plans and schemes. 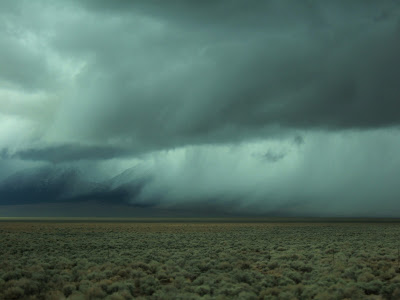 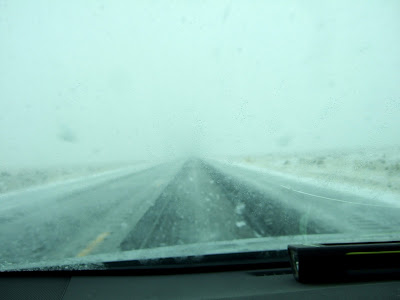 Deciding that hike into the Toquina Range will have to wait

Lots of road time and a bit of news overload from my drive. I suspect Edward Abbey would have had some outrageous thing to write and to irritate during these days if he was still with us.

"I will salute the man, maybe, if I think he's worthy of it, but I don't salute uniforms anymore".
Posted by Dan McShane at 3:34 PM No comments:

A Ponderosa with Character

I have been away from Washington. During my ventures I met a tree with character. This ponderosa  survived a lighting strike and carried a remarkable burn scar. 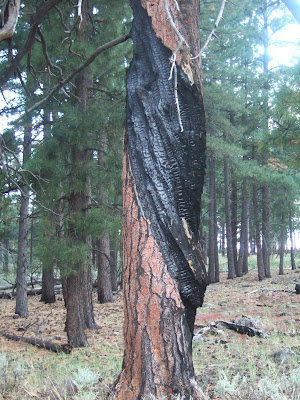 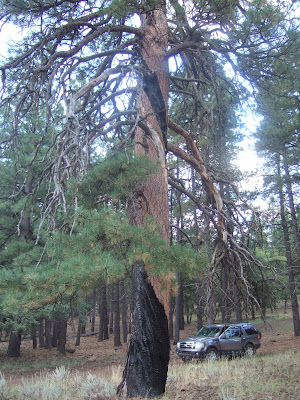 This tree is located in a forest area that historically burned on a 30 to 40 year interval. The scar appears to have followed a burn line that followed the growth habit of the tree which was twisted in a spiral pattern. The burn spiral extended nearly all the way up the tree.
Posted by Dan McShane at 11:50 AM 2 comments:

Research on batteries has become a big deal as our electric energy systems are going through major changes. One promising battery technology for power storage has been vanadium batteries (wikipedia.org/wiki/Vanadium_redox_battery). I got a view of one potential source for vanadium on the very southern end of the Fish Creek Range in central Nevada. The southern end of the Fish Creeks protrude above the alluvial fans of the Antelope Range where the two ranges semi overlap. 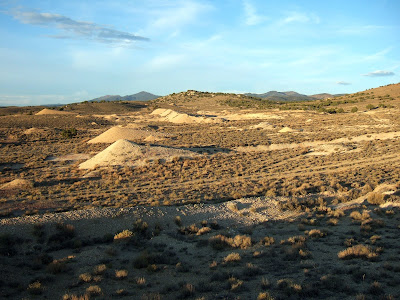 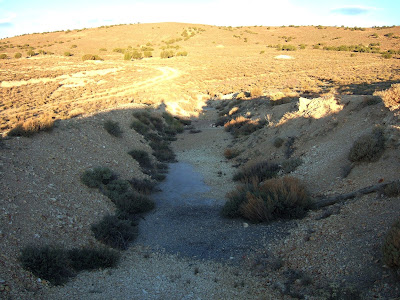 Vanadium is typically a byproduct of other mining operations or processing and recycling various wastes (usgs.gov/minerals/pubs/commodity/vanadium). This particular mining claim area at the south end of the Fish Creek Range would be specifically mined for vanadium if it moves forward.

Vanadium is associated with some petroleum compounds and in this case appears to be associated with a carbonaceous shale as it is concentrated by some biological activity (Marshal and others, 2017). Some of the testing at the site suggests some inconsistent further enrichment in the upper reduced layer of weathered rock (BMK-Amended_Technical_Report).

The deposit could be mined via open pit mining with little overburden and the rock can be easily pulverized for chemical processing. The disadvantage is the site is in a remote area, but that could be viewed as an advantage for mining and on site chemical processing permitting. How the scheme pencils out relative to other vanadium sources will determine if this deposit is mined. Like many mineral resource sites, determination to move forward will depend on market conditions and willing investors making the right or wrong analyses of the supply and demand of the resource.

My understanding of vanadium resources and mineralization is very limited. But seeing this site is a reminder that even "green" energy will require mineral exploration and mining.
Posted by Dan McShane at 5:41 PM 1 comment:

Reading the Clouds and into the Heat

Doing some explorations in the great expanses of central Nevada I enjoyed a clear starry night. However, some clouds arrived by early morning that showed classic instability. A bit surprising given the early morning. Having been cut off from radio, cell, and internet for a few days as well as being in a place where long range weather reports have to be a bit broad-stroke, I read the early morning clouds as problematic. 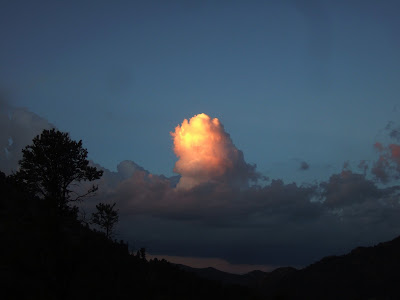 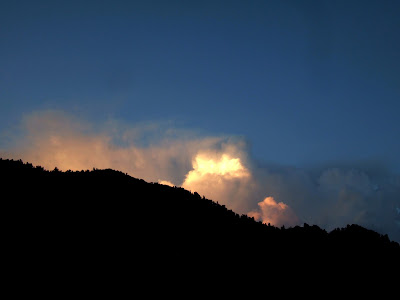 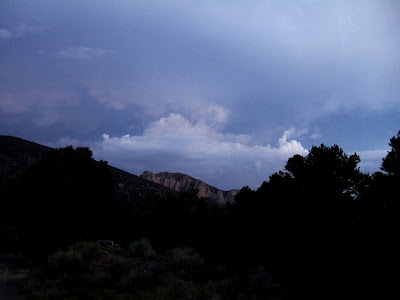 I cancelled my scheme of climbing (scramble/hike) another high peak and headed out to a paved road and towards my rendezvous location well to the south.

Reading the car thermometer as I dropped into lower valleys to the south was a big change from the high country and the highest temperature of my summer. The previous mark had been 105 in July. 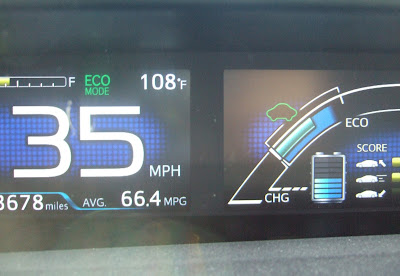 I tolerate cold and wet (wet for one night) fairly well. But pitching camp on gravelly ground with no shade is like trying to sleep on a frying pan. So I went soft and went for a pool and motel.
Posted by Dan McShane at 7:21 AM No comments:

Notes on Zoning, Floods and Houston We Have a Problem

Plenty has been written and will be written and talked about regarding flooding in Houston associated with the recent hurricane. More will come from Irma as well.

If you have not read Boomtown, Flood Town, take a gander to get a little perspective as well as some very informative interactive maps. The article includes what could be described as classic local planning dialog that goes a long way in explaining how people end up living in hazardous areas. One example was the former head of the flood control district in Houston in reference to scientists and conversationalists concerned about development in flood areas, "They have an agenda, their agenda to protect the environment overrides common sense". At least from afar, it seems that building 7,000 new homes in the floodways (even more in flood plains) around Houston since 2010 is not a common sense.

In order to qualify for flood insurance communities need to adopt regulations that ideally will reduce the number of claims over time and thus reduce the costs. New flood maps that determine rates and building areas are often met with protest. Houston did attempt to limit development in floodways, but the local political push back from development interests was very hard and effective at reducing controls of development in floodway areas.

From the campaign opposing regulations in the floodways:

"the property owners in the floodway throughout the city, who have invested in these lands, and have expected our lands, our homes, our castles, to be vested as part of our future nest egg, our future investment and future retirement, we all have been summarily sacrificed. The city must revise this ordinance! The way things are going … to all the property owners in the “floodplain”; who knows … you could be next?"

A power point presentation laid out the argument they used: tax base loss, use a study that refutes the original studies (that is disparages the existing studies that back up the plan), property rights (ignoring the damage to other properties) and ague other solutions should be done not this one. 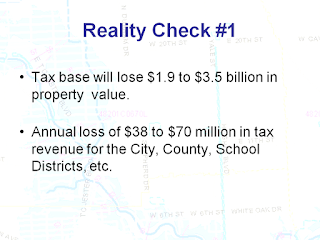 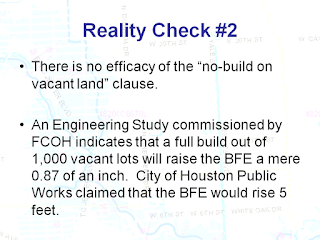 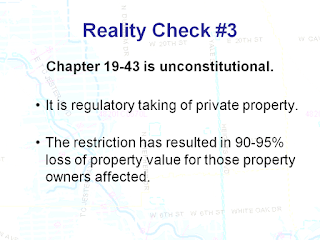 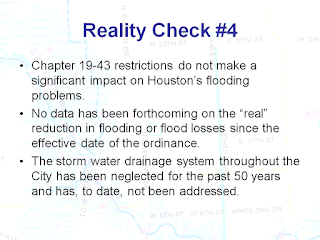 Posted by Dan McShane at 6:23 PM No comments:

Ground nesting wasps are a field work hazard I have noted previously (fall wasps). My latest sting adventure did give me a bit of a scare. My feet plowed through a nest as I was sliding down a slope though thick brush. The roar of wasps swarming around me was disconcerting and my escape route required reversing direction and crawling back up the steep slope through the brush hole I had come through. A couple of back slips while scrambling over the lip of the slope while surrounded by wasps is not a wildlife interaction that I would want to repeat.

One lesson I have learned is that after putting some distance from the nest removing clothes is a good idea. I had a least 10 wasps on my shirt. I squashed about 20 on my pants as fast as I could and got my pants off with only one additional sting where one got down below my waste.

My understanding is that in the process of stinging pheromones are released that stimulate more wasps to attack and sting. Squashing them of course releases the pheromones. That appeared to be verified when I got my pants back on and went to retrieve my shirt. Four wasps lifted of my shirt and went straight to my pant legs where I had smashed wasps.

A spare set of clothes would be a good scheme. I spent the rest of the slope investigation a bit paranoid. This may have been in part due to my watching Fortitude with a premise of parasitic wasps coming out of thawing woolly mammoths.

A Cryptic Squirrel In Washington State

Glaucomys oregonensis is a new species of flying squirrel identified in western Washington. I like the term "cryptic" that is applied to a newly identified species that had not been previously recognized as a separate species.  The term cryptic species is also applied to Juniperus-maritima (Adams, 2007).

The recognition of these cryptic species strongly suggests that they were separated from the species they were formerly thought to be for a much longer time. That separation may have to do with a longer period of cold climate along the west coast.
Posted by Dan McShane at 8:56 AM No comments: