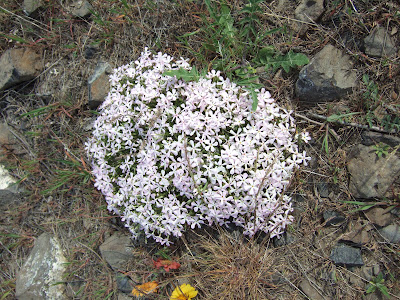 Long leaf phlox
I took a hike up Badger Mountain south of Richland, Washington late last week. I did the same hike last November. This time of year is a great time for flowers and the hike did not disappoint. My ability to identify very many plants and flowers is severely limited, but regardless I can still appreciate the flower display. It’s a great hike with sweeping views covering hundreds of miles and lots small scale things to observe as well. This time of year provides the best flora displays, but there are lots of other plants that will bloom later and some that have barely begun to grow. 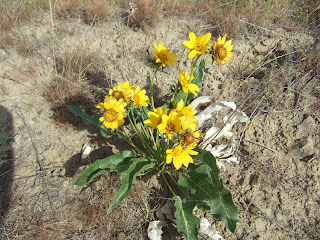 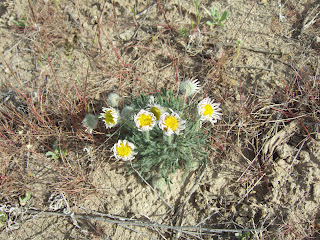 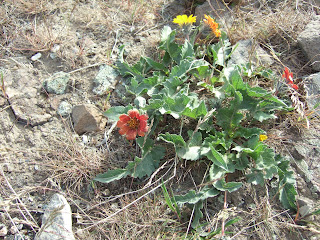 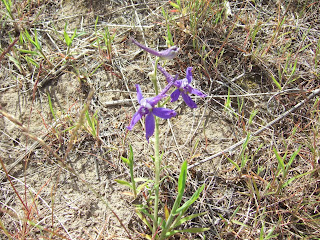 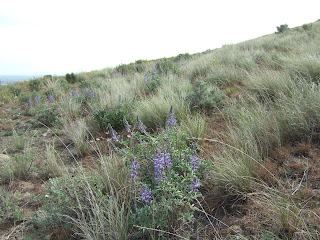 Thanks to all the hard work from Friends of Badger Mountain  http://www.friendsofbadger.org/ . They have worked to make a great landscape even better.
Posted by Dan McShane at 7:26 PM No comments:

"And keep in mind that summer generally start around here a week or two after the July 4th weekend."

I have been distracted by other activities so have not  put up anything I think might be of interest. Work, some local growth planning, taxes have all kept me distracted. But the above line from Cliff Mass’ Weather Blog tells us a lot about western Washington. I do sometimes wish it did not have the ring of truth it does. Mr. Mass’ blog link is on the side bar and I check it frequently. It is mostly weather related but he does talk about other things close to my heart like math in schools – I taught math for several years including teaching algebra in the school auto shop.
Posted by Dan McShane at 11:56 AM No comments:

Yesterday was my first bear encounter of the year. I have no expertise estimating bear size as I have never attempted weighing a bear, but I’d estimate it was a 250 pound bear as the bear appeared bigger than me by a fair bit. But then bears within 50 feet always loom a bit large. The encounter was short as the bear had no interest in interacting. It was the first bear I have ever seen on the Toandos Peninsula despite many trips there and having seen plenty of bear evidence. The Toandos is a long peninsula with Hood Canal as its east shore and Dabob Bay as its west shore.


The other highlights of the day were “discovering” a new large landslide on the Toandos, observing the basal till contact on pillow basalts of the Crescent Formation along Hood Canal, seeing an impressive root structure of a red alder clinging to a steep slope, and avoiding sinking up to my knees while traversing a tide flat on the Duckabush River. 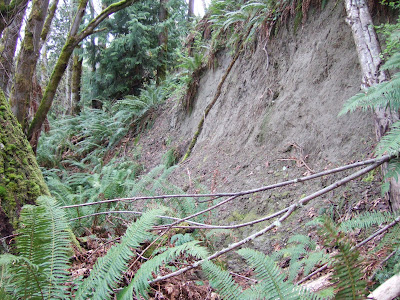 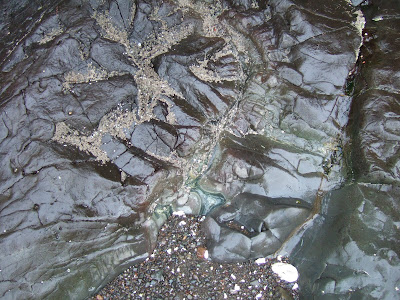 Pillow basalts of the Crescent Formation. The basalt erupted on the ocean floor approximately 55 to 55 million years ago. 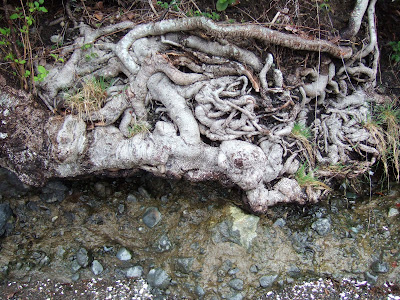 Red alder roots can't penetrate the basal till. The till was depsoited directly by glacial ice. Clasts in till consist primarily of the underlying basalt.
Posted by Dan McShane at 11:30 AM 1 comment:

April Showers and a Hanging Garden

Field work today entailed a trip up the Skagit Valley. The low pressure system off the coast was causing a strong east wind out of the valley this morning. Not an uncommon phenomenon.
Up the valley it was wet and cold and with ice in the rain drops. One reason western Washington has such thick vegetation like that described in yesterday’s post is the rain. I have little to complain about though as this winter was very mild. The weather today may have been the worst I have been in since - well last April.

This big leaf maple growing along the flood plain of the Skagit River had created an impressive hanging garden, a common characteristic of big leaf maples. 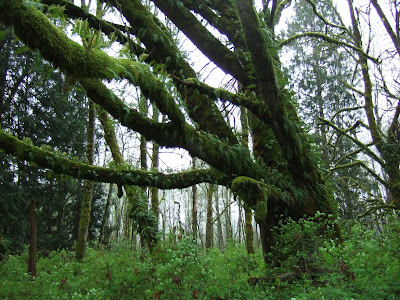