It is a bit unusual to see a single rock being transported on the highway. 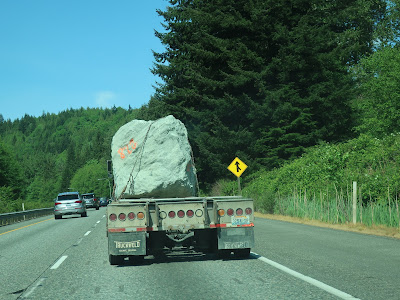 Large rock on I-5 north bound through the Chuckanuts

Large rocks are being transported from the Big Lake Quarry in Skagit County northward to to the Bellingham waterfront and from there to the North Jetty at the Columbia River.

Mouth of The Columbia River

The rock is greenschist - metamorphosed ocean floor basalt. It was mined from one of the terranes that make up the Northwest Cascades. The advantage of this rock is they can be broken into very large blocks, they have high density relative to other rocks and are resistant to both physical and chemical weathering. Good material for a jetty that must resist huge waves.

This has resulted in a proposal to mine additional greenschist in the Skagit Valley with a mine proposed at a greenschist outcrop near Marblemount.
Posted by Dan McShane at 11:10 PM 4 comments:

A road cut through a recessional glacial lake deposit above the Columbia River provided good nesting for a group of Riparia riparia (bank swallow). 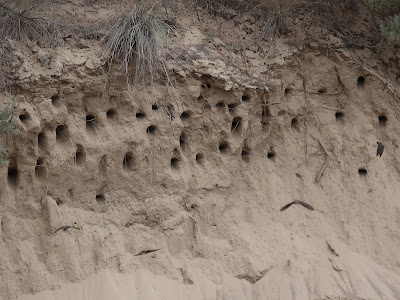 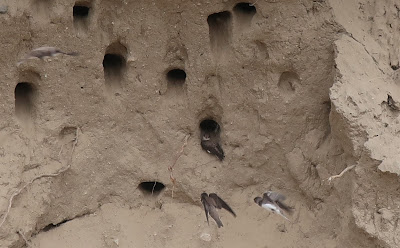 The swallows were very intent on feeding and getting food to their young inside the excavated nests. Another road cut further up the road had failed this winter and also had a steep bank with glacial lake silts exposed on the upper slope and again supporting a number of swallow burrow nests. 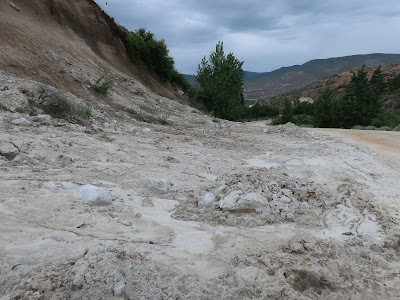 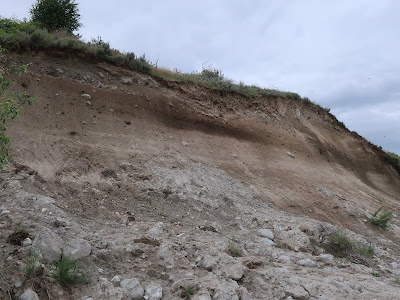 Work level has been busy of late. While I was away from the office my associates put up our new sign with the new logo for Stratum Group. 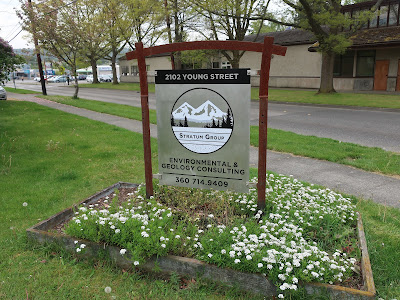 After 21 years Stratum Group has a new logo. 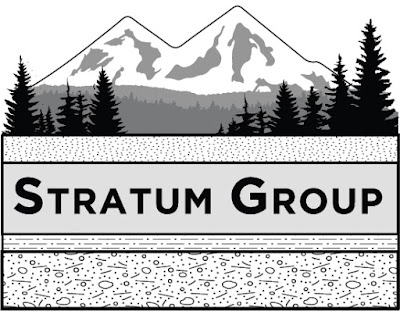 We also have a round version: 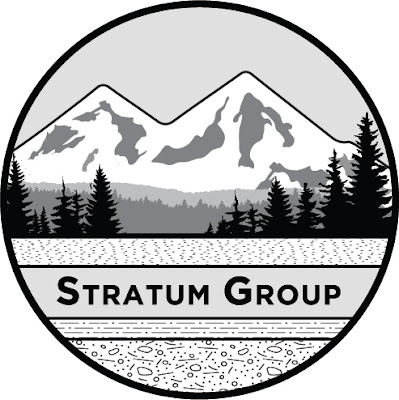 High snow clad peaks rising above the landscape is a fairly typical view over much of Washington State. We had some help with the logo concept from Amanda. I greatly appreciated her efforts to improve our look without completely abandoning the old logo: 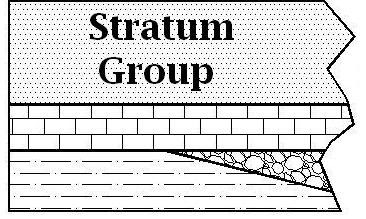 The old logo retired after 21 years

I drew the old logo using autocad. It was a poor resolution figure that we just never got around to improving until Kim said it was time up our game.
Posted by Dan McShane at 3:54 PM No comments:

I picked a glorious day to drive the Yakima Canyon route between Ellensburg and Selah. The first stop was to stretch the legs at a pull out above the river at the north end of the canyon. Some fellow travelers were taking in the road cut geology. 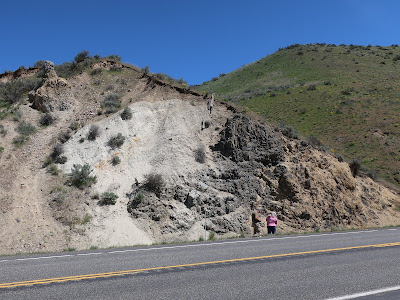 The brown unit on the right is a basalt flow mixed with lake sediments and water. The black rock is the cleaner upper part of the flow. The whitish unit is lake sediments deposited on the basalt and then on the left the sequence begins to repeat.

I chatted with the folks at the exposure, they are big fans of http://www.nickzentner.com/central-rocks. Nick does have a nice video on the Yakima Canyon. 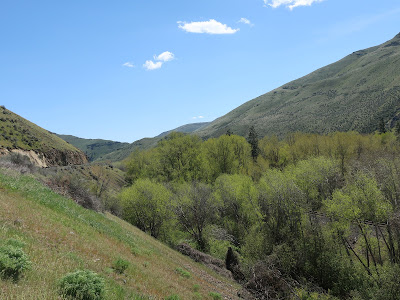 Early spring leaf out along the river 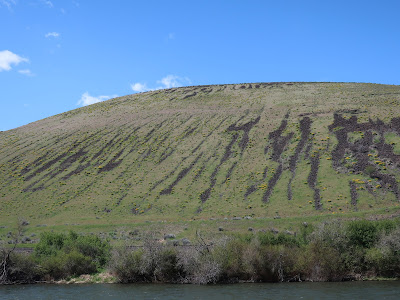 Lines of talus. This feature is thought to be formed primarily by summer cloud-burst rain events (Kaatz, 2001). These types of events are not common, but Kaatz suggested that they are a primary geomorphic process in eastern Washington that had been perhaps under appreciated. 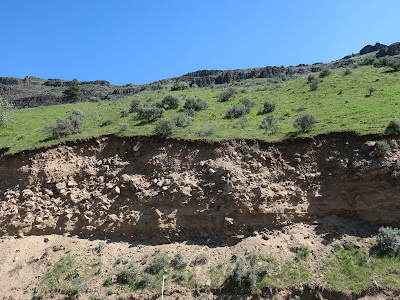 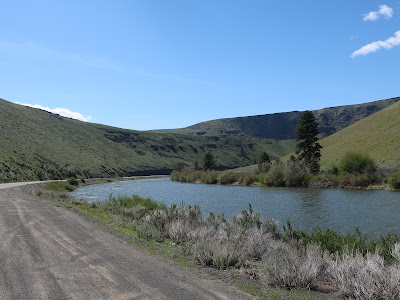 Following the entrenched meander of the river 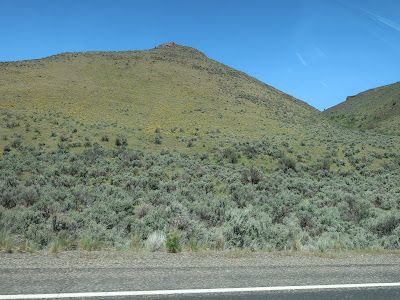 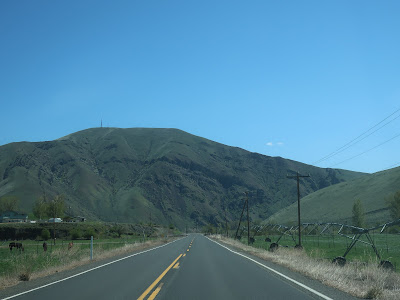 Posted by Dan McShane at 8:20 PM No comments: