Doing some map exercises toady I came across some checkerboard landscapes. I have seen checkerboard forestry before, but this great example which showed up on my screen after punching in coordinates that had me a bit east of where I was actually wanting to look. 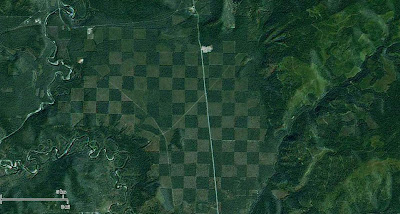 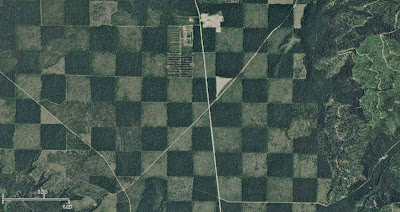 Checkerboard Forestry
Earlier in the day I was looking at a 1918 topographic map of the Connell area in eastern Washington and noted numerous schools denoted on the map (you will likely need to click the map and expand to see the school denotations). This is an area I am familiar with and it seemed impossible that there could ever been that many schools even if more workers were once required to plant and harvest wheat. This is fairly empty country and at the time Connell had only 400 people. The school denotations are school trust lands granted to Washington State by the federal government at the time of statehood to support schools. Most of these parcels are still owned by Washington State and are managed by the Department of Natural Resources under the Public Lands Commissioner. The lands are generally leased as farm land as wheat or on rockier areas grazing. 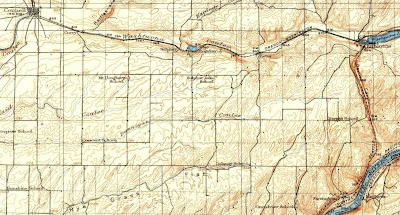