Orcas on the Port Townsend to Keystone Ferry Run 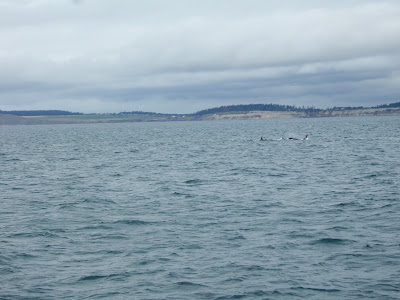 Two Orcas with Whidbey Island in background
I had a good two day trip to the northwest side of the Olympic Peninsula. Besides the good fortune of the Olympic Mountain rain shadow that allowed for dry work and even sun despite the rain most everywhere else in western Washington, the work was good and I even did a little non work geology trip I'll write up on another day.

Had a special treat on the ferry run from Port Townsend to Keystone. A pod of Orcas were crossing our path. It appeared there were at least a dozen. The ferry had to slow for a bit to let them pass as they were in our direct path. I ride Washington Ferry boats all the time, at least two or three times a month. This is the first time I have seen Orcas while from the a ferry. It got everyone out on deck. 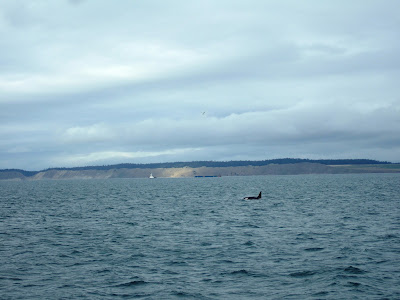