Gates of Lodore and My First Snow Storm of the Fall

I have returned from a week and half in the east part of the western U.S. My route back from the high plains took me through northwest Colorado where I ventured to the gates of Lodore and Brown's Hole. The Gates of Lodore is a narrow canyon where the Green River cuts through a high anticline. The canyon is located within Dinosaur National Monument. The name of the canyon was coined in 1869 by Andrew Hall a member of John Wesley Powell's expedition that traveled down the Green River and is from the poem the Cataract of Lodore by Robert Southey. 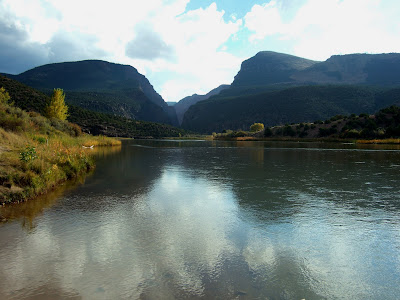 Green River flowing towards the Gates of Lodore
The Gates of Lodore marks the south end of Brown's Hole. Holes in this context are relatively lower areas in the terrain within the mountains. Holes in the mountains. Jackson Hole being the most famous and one people are most familiar with. These areas were areas to hunker down in the winter as they tend to be drier and milder relative to the surrounding high country. First Nation people used them and cattle herders and sheep herders used them later. They were also a place where outlaws would lay low. Brown's Hole was frequented by Butch Cassidy. The Columbia Basin in Washington State can be thought of as an especially large hole in the mountains as it is surrounded by mountains and was used in a similar manner.
Brown's Hole now more commonly called Brown's Park is made up of a National Wildlife Refuge, Bureau of Land Management lands, a scattering of ranches and a few National Historic Landmarks in an effort to protect some of the historic structures. 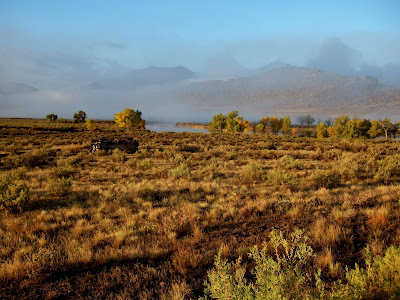 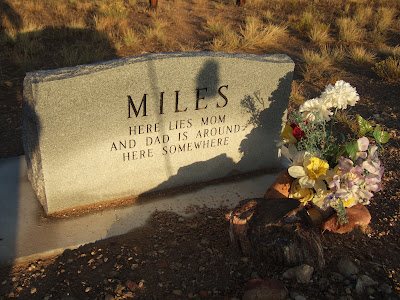 I was really struck by this grave marker at the small cemetery. It appeared many graves were unmarked and at least half of the marked graves had no birth year.
I also ventured into the north Wasatch Range in Utah. My timing could have been better as the weather took a rather abrupt turn as can be seen by the view I had of the approaching cold front that brought my first snow fall experience of the fall. 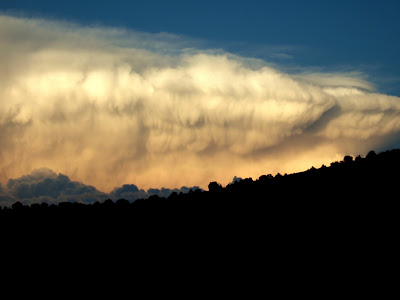 Approaching cold front
This storm would have launched my tent if I had not stayed in it and gave me a great noise and light show that lasted a good five hours. And it made for a chilly hike the next day over the 9,000 foot plus summit ridge. 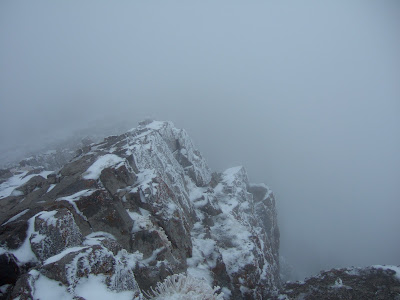 Summit ridge on the way back to the trail head. The bedrock is limestone. 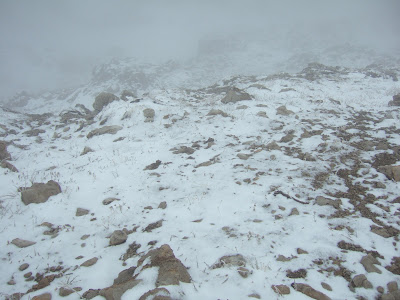 The tombtone is evocative. Was it an airplane crash, what happened?
I guess we'll never know.

Great photo of the cold front. The "Gates of Lodore" somehow remind me of Lord of the Rings.

My impression was that dad was in an unmarked grave and had died many years before.
I thought the same thing SF and thought the scenery would have fit very well in Middle Earth. The Cataract of Lodore is a real place in England and I am sure there is some sort of language affinity to Middle Earth.