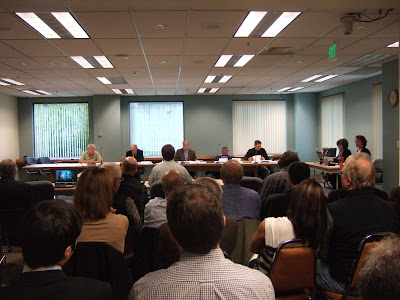 The state owned trust lands, Land Grants, were given to the state by the federal government at the time of statehood as a means to generate revenue for schools and capital projects associated with state government. The common school trust lands are the largest.

The state also manages what are termed forest board lands. Forest board lands were created after cut and run logging operations in the early 1900s left tens of thousands of acres of cut over land that county governments had foreclosed on due to failure to pay property taxes. Management of these lands was taken over by the State so that they could be properly reforested. One county, Grays Harbor County, was allowed to opt out of the program. Grays Harbor manages their own county forest board lands. All other counties are allowed to take over management of forest board land for park purposes through a process called reconveyance. A few parks have been created in this manner.

The board consists of six members: Dean of University of Washington College of the Environment, Governor (appointed person), State Lands Commissioner (elected), State Superintendent of Public Instruction (elected), Dean of Washington State University School of Agriculture and a county commissioner or council person from a county with state managed timber land.  Since the Board's creation along with the Department of Natural Resources, the board acts as the trustees for these state managed land. As such the board's primary focus tends to be on issues overseeing the generation of money from these lands via leases and timber sales. They also make sure that any land exchanges are fair to the trusts.

A full discussion of the nuances and legal issues around management of land grant trusts and county board lands will have to wait another day.

The purposes of my trip along with numerous other folks was to encourage the Board to complete a land exchange between Land Grant trust lands and Forest Board lands in the Lake Whatcom watershed in Whatcom County. The proposed exchange is the result of Whatcom County wanting to take over management of the Forest Board lands in the watershed as a forest preserve park. Currently the Land Grant lands and Forest Board lands are intermingled in a checkerboard configuration.  The idea behind the exchange was to place the Land Grant lands in a coherent easily managed block and the Forest Board lands in another more easily managed block.  Sounds simple, but as best I can tell the rub is that the Board of Natural Resources really does not like the idea of a county reconveying land. The Board had this issue before them in June and tabled it. At this last meeting on October 10, the board again tabled wanting additional information and asking for measures that they do not have the authority to require. I have to opine here that the additional information requests and other measures is a delay tactic.

I have been through this same process before. In the early 2000s the State Legislature required the Department of Natural Resources to develop a management plan specific to the Lake Whatcom watershed. Once that plan was developed by the Department, the Board of Natural Resources tabled the plan for 10 months until Whatcom County filed a lawsuit. State DNR's lack of effort in defending and upholding that plan as well as efforts to undermine the plan and even swap the land the plan applied to out of the watershed triggered the County to consider taking over management of at least the Forest Board lands - lands that belong to the county after tax foreclosures but are managed by the DNR with Board of Natural Resources oversite.

The decision by the Board to table the land exchange does not prevent Whatcom County from moving forward with reconveyance. That decision is up to the County. The County had delayed that decision for 4+ years in the spirit of cooperation with the DNR to come up with a better land package for management. That cooperative approach mas memorialized in an Memorandum of Understanding (MOU). The Board is not so inclined to be cooperative and the MOU apparently carries no weight with the board members thinking.

The Board appears to be taking a position that by taking no action on the exchange and delaying, the county government will change their mind after spending nearly $300,000 to support the exchange for a better management plan. Perhaps they hope reconveyance will be less likely to happen. They really do not like reconveyance and the loss of state control that goes with it. At least one member expressed a concern that other counties might do similar reconveyances. This board views such actions as not a good thing. 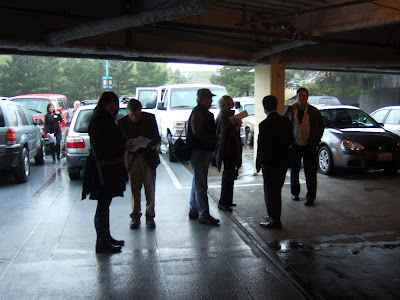 Heading into the Board of Natural Resources meeting to testify
Posted by Dan McShane at 9:05 AM