I have previously posted bits about coal mining in Whatcom County. This post is a bit of a revisit of the Glen Echo Mine (coal-in-whatcom-county-glen-echo-mine) based on new information passed onto me. George already corrected one of my assumptions and Gomer informed me that indeed the main building in the image was a rendering plant that was built on the site after the mine had closed. 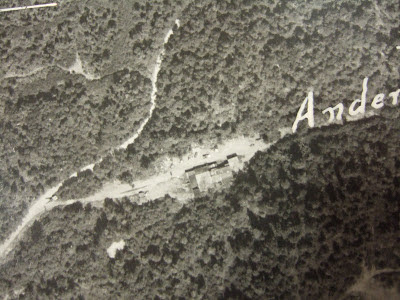 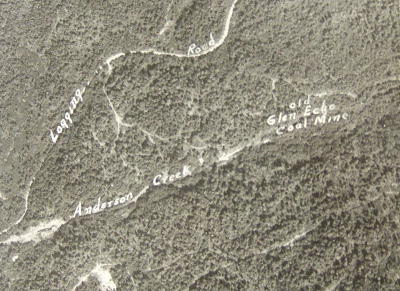 1960s aerial of Anderson Creek and former mine site

Gomer Owens indicated that the coal wash site was located just above the letter r in creek. He also pointed out the structure below the letter o in Anderson was a home. A home he lived in while his father was foreman at the mine. He also told me about the portal collapse in 1945 and that his father was there and was working on the collapse when the mine inspector, a man named Walsh, sent his father home as he was tired and had worked too long. A second collapse then took place and Mr. Walsh was killed.

Subsequently I found a list of all mine fatalities in Washington State from 1885 - 1960 (denverlibrary.org/sites/history/files/WAfatal1885-1960.pdf). W. Walsh was killed at the Glen Echo Mine on July 21, 1945.  Paul Cooper was also killed in the same accident. It was not the first fatal accident at Glen Echo; Willam Van Etten was killed in the mine on June 1, 1933.

Other Mine Fatalities in Whatcom County: 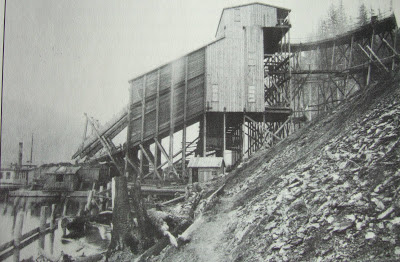 I already knew about the horrific mine explosion at the Blue Canyon Mine on the south end of Lake Whatcom that killed 21 miners on April 8, 1895. Blue Canyon was the deadliest mine in Whatcom County. In addition to the 21 fatalities in the 1895 event, five other miners were killed at Blue Canyon. 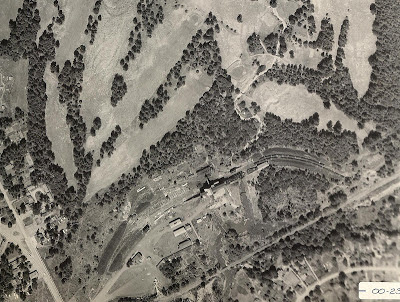 The Bellingham Mine (when-bellingham-had-coal-piles) entrance was located in Northwest Bellingham at what is now the Albertsons shopping center.

There was no single accident that killed a lot of miners at this mine, but over its years of operation 13 miners died.

All told the mine fatality list for Washington State lists approximately 1,100 miners having died. Scrolling down the list of mine names shows that all of the mines were coal mines. Some of the mine names not familiar to me are old mine sites with towns that have now disappeared. A reminder that Washington State had several coal mining districts in the early 1900s.

Coal faded to essentially nothing in Washington State as trains began to switch to diesel fuel and natural gas, oil and hydroelectic power replaced coal for home heating. One area coal hung on in Washington was in the Centralia area with strip mining the coal and an adjacent coal powered electric power plant.
Posted by Dan McShane at 8:06 AM

The link to the site isn't working and there isn't mention of the 1888 Ronald mine "accident" (Mine no. 3) that was really a massacre of Black miners. Decades later a man reportedly admitted to murdering them yet we continue to conceal it apparently. Please post a working link to the list of mining accidents and include the 1888 Ronald one (this was before the 1892 one in Roslyn).