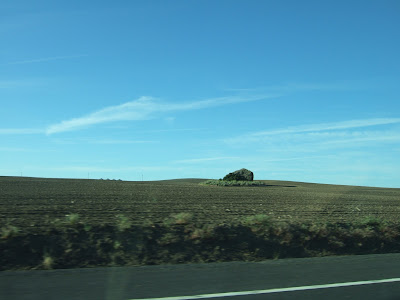 Haystack rock south of Highway 2 on the Waterville Plateau
This large boulder marks the approximate southernmost reach of glacial ice.

The farthest south extent of the continental ice in central Washington during the ice age was the Okanogan ice lobe. The ice flowed down the Okanogan valley blocked the Columbia River and extended south across the Waterville Plateau.

This ice lobe and its associated blockage of the Columbia River has led to a cluster of five landforms that have been listed as National Natural Landmarks on or at the edges of the Waterville Plateau. One of those features is the huge deflation gravel bar in Mosses Coulee crossed by Highway 2 west of the picture above (huge-deflation-bar-at-moses-coulee).

Another National Natural Landmark is the Withrow Moraine and Jameson Lake Drumlin Field. The moraine marks the former edge of the ice lobe across the Waterville Plateau. For the most part the best place to see the moraine is to take a road north to Jameson Lake or do a loop north of Highway 2 to Mansfield and thus cross the main moraine ridges of boulders and debris. 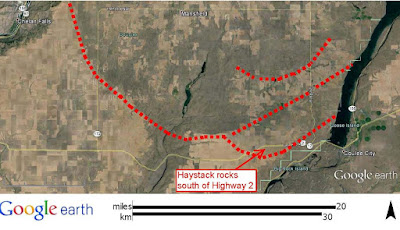