I visited Warden last summer, but never got around to putting a post up about this small eastern Washington town. It was one of several small towns I visited on the trip, but unlike the others, Warden has not be partially depopulated (washtucna and benge). Warden is a big ag center in that it is surrounded by large scale farming.

Geology plays a bit of a role in Warden's population stability and even growth. Warden is located on the eastern edge of one of the primary flood way paths from the ice-age floods that swept across eastern Washington AERIAL VIEW. 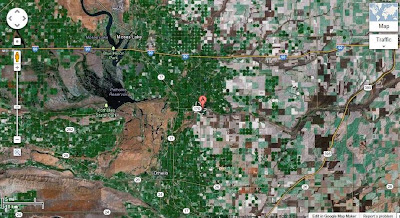 The flood path is from the surge of water that came out of Grand Coulee. Warden is off the main flow path enough that the land was not stripped all the way down to bedrock like areas to west in the Pot Holes area (the brown swath to the west of Warden in the image above).

The earliest non First Nations settlement was sheep and perhaps some cattle grazing. This was followed by homestead claims with a significant mix of German and Russian immigrants. The early homesteaders from the 1880s were dry land wheat farmers.

Warden dodged the first depopulation fork by getting a railroad spur that actually operated and stayed in operation. Then Warden got a big boost with the construction of Grand Coulee Dam and the development of the Columbia Basin Irrigation Project. Warden received irrigation water via canals that follow the ice-age flood path. Warden is located on what some locals call the wet line. West of the wet line, farms are irrigated, while east of the line farms are either dry land or irrigated via deep wells (those wells are limited, expensive  and running out of water). Hence, small towns to the east of the wet line have tended to become smaller as mechanization has reduced the labor needs, but to the west of the wet line irrigation has expanded agricultural intensity. Hence, Warden is a bigger town today than it was 50 years ago. 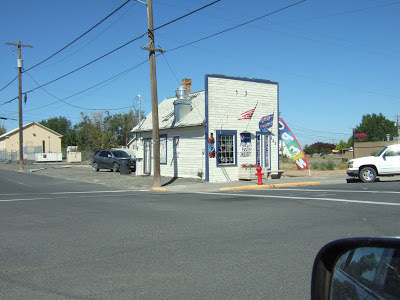 I stopped in at Pamela's Pantry on Main Street after seeing its obvious mix of old style retrofitted with a big fan for the grill. I was hungry and the burger was good. The building is one of the oldest in town. 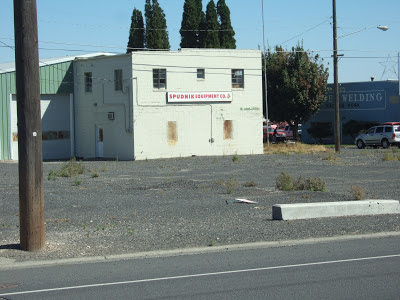 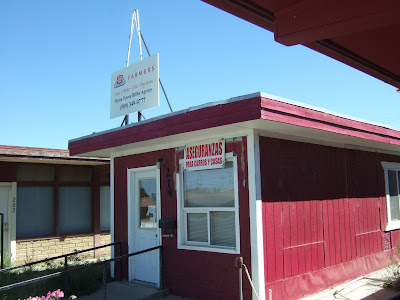 Like many eastern Washington towns, there has been a significant cultural shift in the population 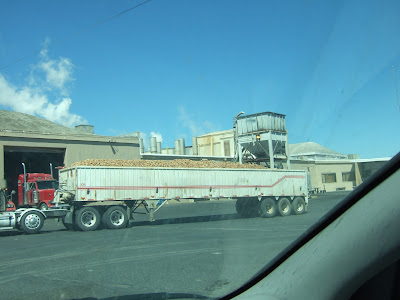 Yes - they grow lots of potatoes in the vicinity 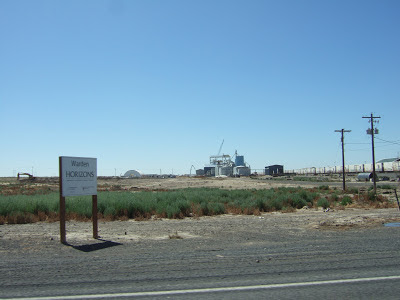 The new canola oil plant construction site
Posted by Dan McShane at 7:54 AM