Glacial ice flowing out of high mountains towards the sea may carve a deep valley that later becomes flooded with sea water. That is the classic fjord (https://en.wikipedia.org/wiki/Fjord). In the Pacific Northwest the term is not used. There are certainly classic fjords in the BC Coast Range, but the geographic term applied in that area is typically inlet or in some cases sound.

Washington State lacks the classic deep inlets penetrating into the high mountains that one sees in BC. The Skagit valley would come close but of course is a now valley not an inlet. Its lower end was likely a fjord for a period of time before glacial rebound and sediment deposition caused the sea water to exit. A case could be made for Hood Canal but the ice flow was in reverse of the classic geology feature.

East Sound on Orcas Island might be the closest to meeting the classic definition. Ice flow from the north shaped Orcas Island and formed a relatively narrow sea passage between mountains on either side of the Sound. While on a venture on the shoreline of the Sound, the views were fjord like. 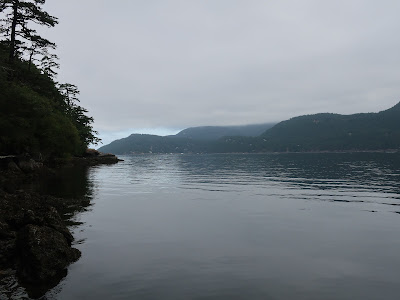 View to the north up the south 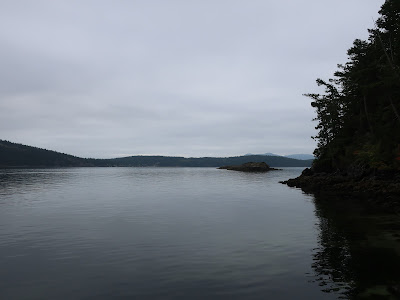 View towards the south down the sound 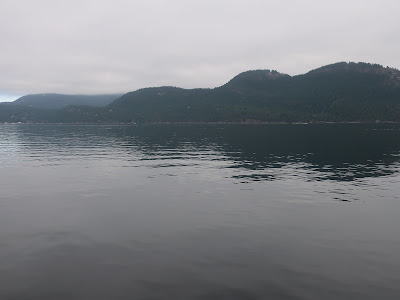 And view across the sound 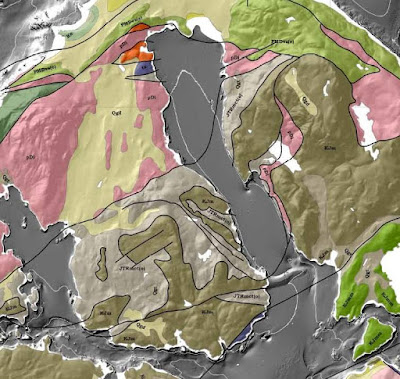 Lake Chelan is "fjord-like," but is land-locked and does not go into the sea.