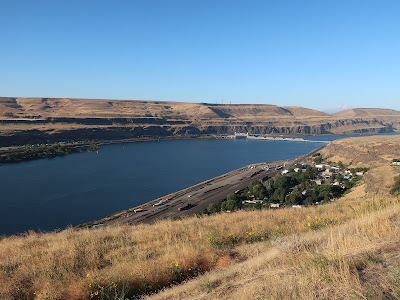 View of the former Celilo Falls and the town of Wishram

Celilo Falls was an important fishing site for thousands of years. The falls allowed for catching salmon that passed up the Columbia River.

Note the railroad bridge across the lower part of the falls and the canal for barge traffic on the south side of the river. The bedrock forming the falls provided means of spanning the river with a railroad bridge and the rail crossing is still in place. The town of Wishram still serves as a rail hub for trains heading up and down the Columbia River Gorge through the Csacde Range to the west. The Deschutes River just upstream also provided a rail route out of the gorge to south. 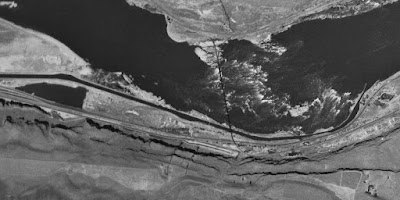 During high water flows in the summer, the falls became rapids 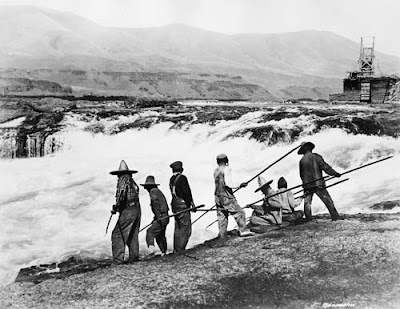 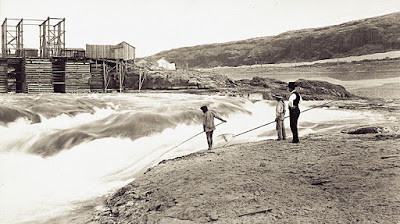 The falls and rapids also presented an early navigation. Canoes and small barges were either portaged around the falls or pulled by lines up the river or lowered by ropes down the river. A canal with locks was constructed to allow safe reliable passage around the falls by large barges. The canals were used until the river was dammed at The Dalles and the falls disappeared under the backed up water. 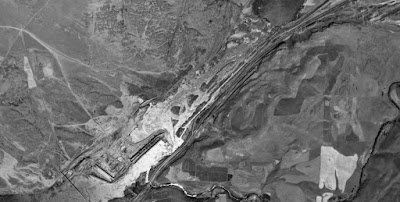 1955 aerial view of the The Dalles Dam under construction. 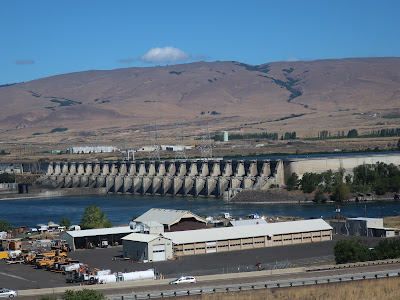 The once great fishery tradition at the falls and along the rapids at The Dalles was greatly disrupted. Other dams on the Columbia and its tributaries both before and after The Dalles Dam construction have also greatly altered a way of life and an important food source at this location.
Posted by Dan McShane at 11:55 PM