More on the Clay Banks/Nooksack Landslide 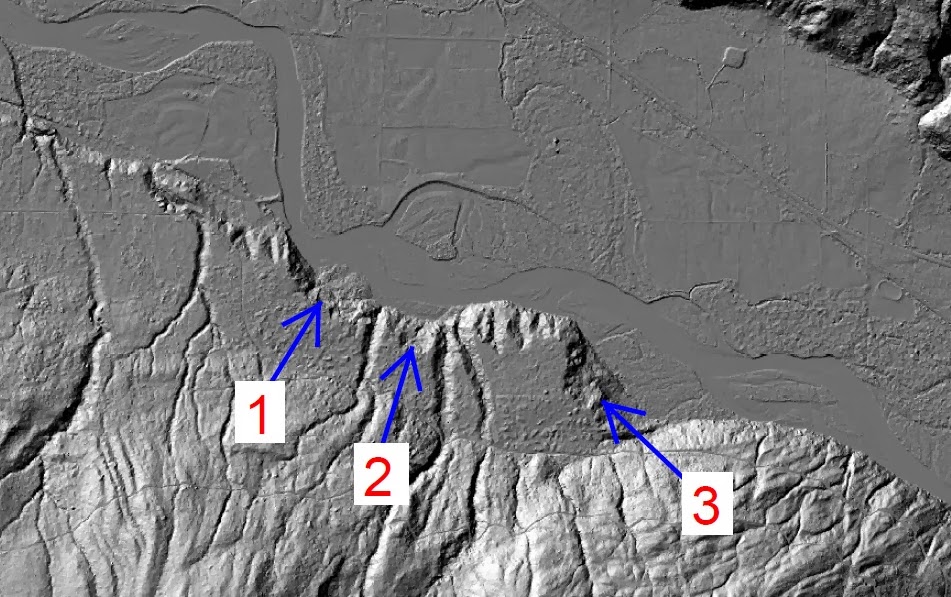 #1 is the slide area that was active from the late 1990s through 2010. A lobe of landslide debris can be seen protruding out onto the riparian area at the time of the image. The sharp bend in the former main channel aimed directly at the active slide area can be seen. By the time of the LiDAR image the river had shifted and the sharp levee lined bend was an abandoned channel.

#2 is the current most recent slide area. The LiDAR image is before the most recent sliding in this area. But one can seen that this location had previously had a large slide at some time in the past as there is a divot shaped area within the slide location. The latest slide that temporarily blocked the river was from a preexisting slide site that likely became reactivated from river erosion.

#3 is an older slide site. Of note on this slide area is that the size of the area is larger than the more recent Clay Bank failure sites.

All three of these slide areas are located within what have been mapped as ice-age glacial related sediments. Just upstream of the slides (to the right in the image) the geology changes to bedrock of the Chuckanut Formation.

I pulled up a USGS 1954 topographic map of the area. 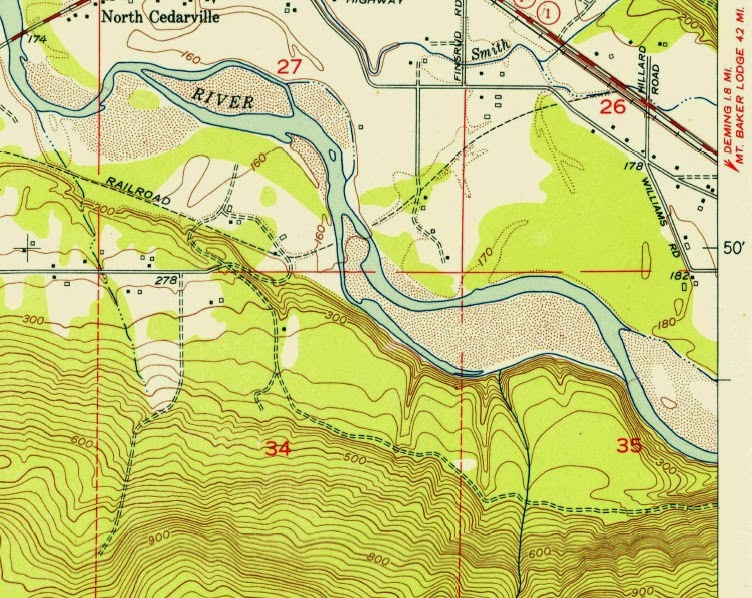 Part of Lawrence Quadrangle 1954
The most recent slide area is just west of the section line between section 34 and section 35. The 1954 map shows that river was not hard up against the Clay Banks at the more recent slide sites, but had been as can be seen by the indicated old channel filled with water. The older slide area marked #3 on the LiDAR had the river hard up against it 1954.
The 1908 USGS topo indicates that that time river was hard against the most recent Clay Banks slide areas. 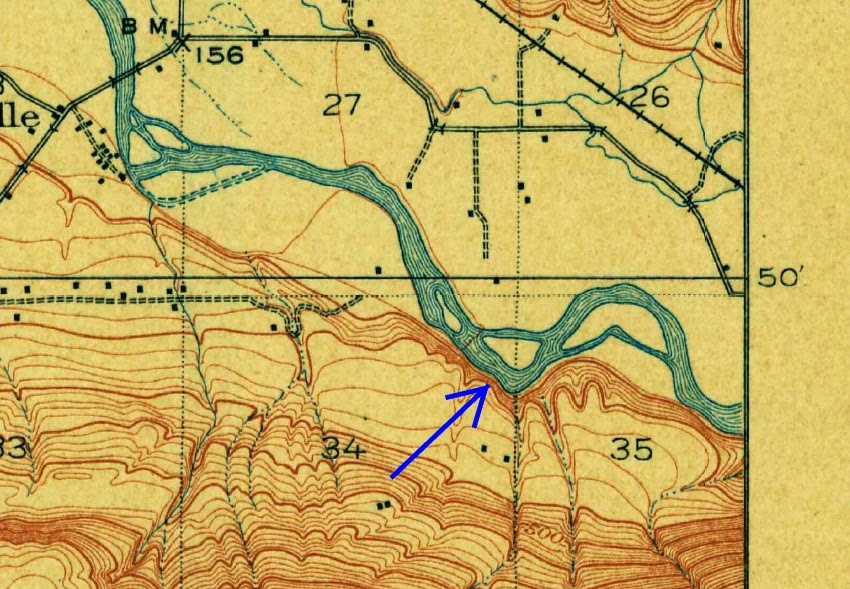 Sumas Topo (1908) arrow added to indicate the location of current slide area.
Note also that bluff slope to the east of the Section 35 number on the map appears to have shifted significantly between 1908 and 1954.
All in all the older maps show a very dynamic river and a history of active erosion along the Clay Banks. It seems reasonable to expect future significant slide events along this reach of river bluff. And with hard rock levees along much of the north side of the river preventing northward channel migration, the rate of Clay Banks erosion may be enhanced.
Posted by Dan McShane at 9:06 AM