I had a small project up the Nooksack River Valley northeast of Bellingham this morning. On the way I glanced up the stream the sent a debris flow over the state highway in January 2009 closing the highway. I previously did a post HERE on this debris flow. One consequence of that event is that numerous trees in the debris flow deposition area have died. Western red cedar in particular does not like having its lower truck buried and I have observed dead cedars in older debris flow deposition areas. I don't have a perfect match photo but the same trees still alive can be seen in the January 2009 picture. 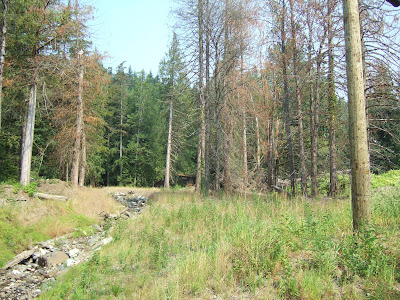 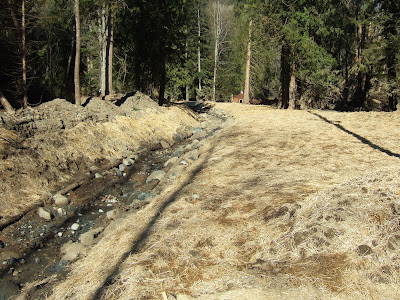