Back From Halle (Saale)

I returned from a two month break. I did some remote work while gone, but am now back on field work and follow up writing ventures. I appreciated the support of my associates at Stratum Group that worked more than diligently in my extended absence as well as dealing with the issues of working in and through the time of covid and the preparations for changes in Stratum Group. 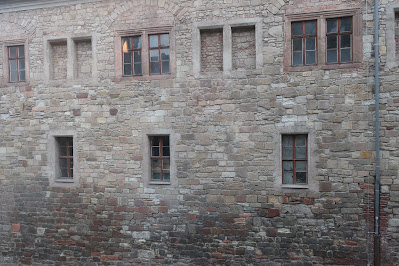 For two months one of my views in Halle (Saale) was this wall across the street from where I was staying. I sat in a chair at the window and contemplated the odd assortment of rock blocks and obvious multiple periods of window openings.

The building is old by the Washington State standards that I am used to. As best as I was able to piece together the history, the initial structure dated back to the 1200s, but it may be even older. I suspect it has had multiple periods of use and vacancy - pictures from the 1980s showed that the roof was missing. An associated building had been badly damaged by one of Napoleon's armies.

Geology is the basis of Halle's history; the Market Square Fault cuts through the city and that fault caused salt water springs to issue from the ground on the west side of the city. The salt was a very valuable commodity. The fault is given credit in the main square of the city next to the drinking fountain. 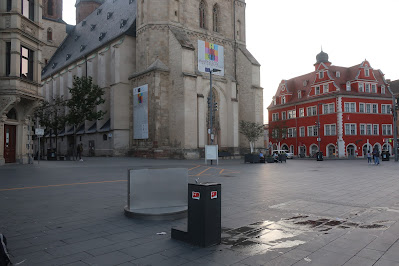 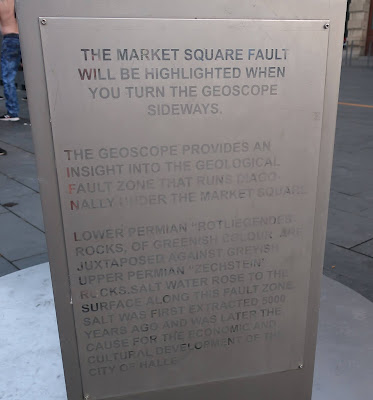 The English side of the marker made my translation easy
As noted on the marker salt was utilized from the site at least 5,000 years ago. Approximately 20 miles to the west there is a Paleolithic site that dates back 400,000 years. People were here for a long time compared to my homeland in Washington.
I returned home this last week with only a brief view of scenery on the flight back as most of the flight was over clouds. 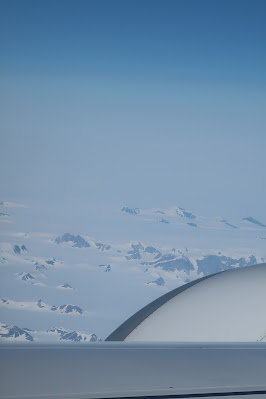 Near to coast of Greenland
I miss my night shift and walk-about companion during my stay in Halle (Salle). 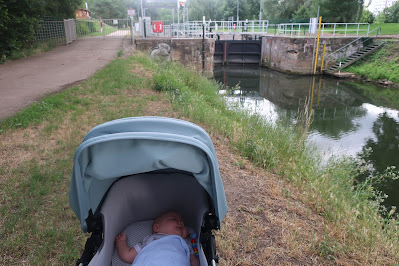 At the river lock on one of many walk-about adventures
Posted by Dan McShane at 10:40 PM

Email ThisBlogThis!Share to TwitterShare to FacebookShare to Pinterest
Labels: Non-Washington, odds and ends