A Smoke Eclipse from the Schneider Spring Fire

I had a couple of central Washington projects and was relieved that the approaching cool front cleared the smoke away. The western air flow was evident as I approached the Columbia River gorge from the high plains of central Oregon. 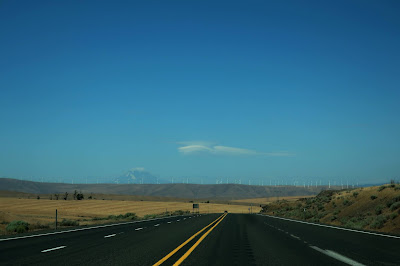 Lenticular clouds formed downwind of Mount Adams
However, the clearing of the stagnant air and smoke does not mean the fires are not still active. The Schneider Springs Fire (HERE) created a huge plume of smoke and cloud. 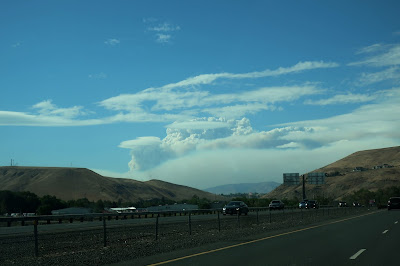 Plume of smoke and cloud above Schneider Springs Fire viewed from Yakima
In the Yakima Canyon between Selah and Ellensburg the plume of smoke passing overhead eclipsed the sunlight cooling temperatures in the canyon. 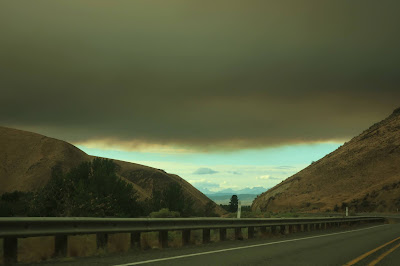 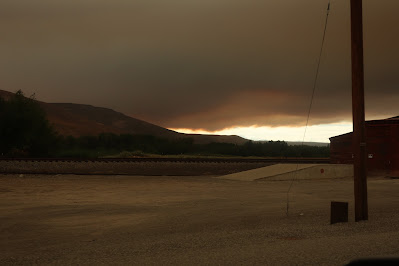 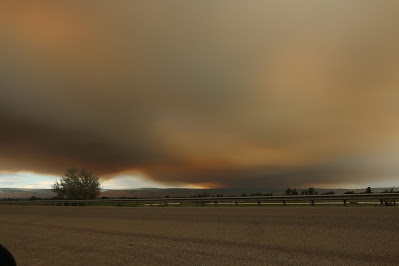 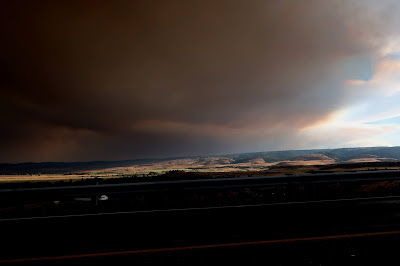 View to the west from Highway 10 northwest of Ellensburg
About half way between Ellensburg and Cle Elum I got back into the sun. 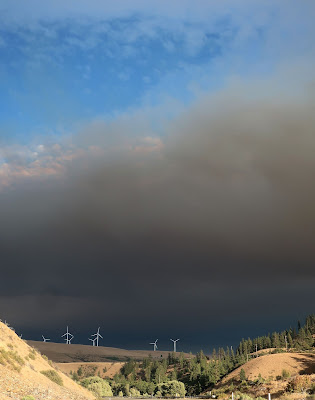 Smoke plume and wind turbines northwest of Ellensburg
It was nice to have the smoke pass over and not breath it. There was some ash fall of white burnt fir needles while I was working in the Yakima Canyon, but no smoke, no hot sun and temperatures in the mid 80s made the work a lot easier than expected.
Posted by Dan McShane at 9:47 PM