I missed the historic heatwave in the Pacific Northwest as I am currently in Germany. I am not in the zone that has been impacted and terrible floods, but the event is 'close to home' so to speak. Dave Petley (HERE) noted a river in the west of Germany that broke out of its course and flowed into an open pit coal mine in Inden. 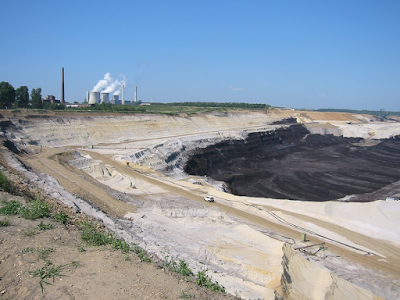 Dave noted the river course into the mine followed an old channel. That channel was the former river channel up until about 15 years ago. The channel was blocked and the river was rerouted in a long circuitous route around the mine. 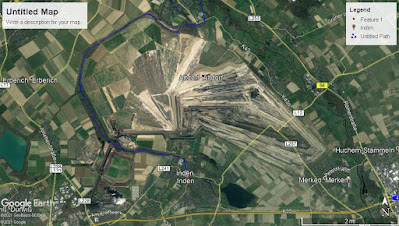 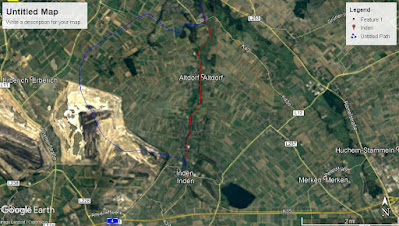 Blue line showing most recent river route and red line showing former path
Although the flooding of the coal mine was impressive, a more dangerous flood into an open pit mine took place a few miles away at Blessem. NPR led their story on the flooding with an image that had a caption about an entire field collapsing due to flooding (npr.org/germany-belgium-flooding). 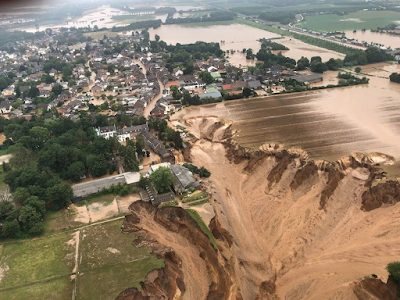 (picture alliance/dpa/Rhein-Erft-Kreis | Rhein-Erft-Kreis) The image shows very rapid headward erosion as floodwaters drain off the flood plain down a steep gradient. The source of that gradient was and open pit sand and gravel mine. 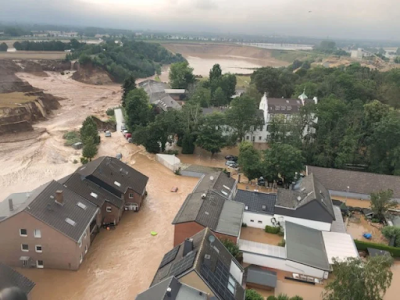 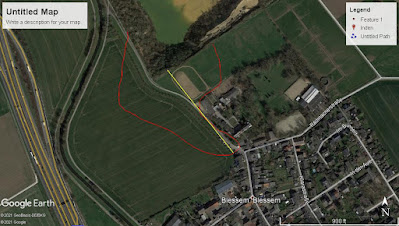 Red line is approximate extent of area eroded. The yellow line is my measurement of the headward erosion distance of 850 feet.
The headward erosion continued after the above image and expanded into the town taking out a number of buildings. 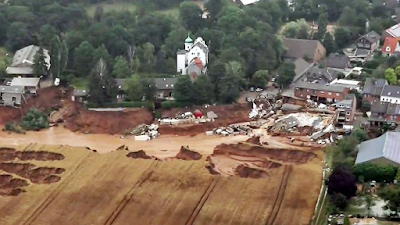 In this case it appears that flood waters on the flood plain began to flow rapidly towards the pit as the water drained towards the low area of the sand and gravel mine. While gentle slope wide flood plains have flood risk and potential hazards associated with channel movement. The rapid erosion associated with flood water flows into open pit mines is well demonstrated at this site.
Posted by Dan McShane at 1:40 PM