A large landslide involving bedrock of the Chuckanut Formation has left a disconcerting set of deposits on the Nooksack River Valley floor near the confluence of the South Fork Nooksack and the main stem of the river. 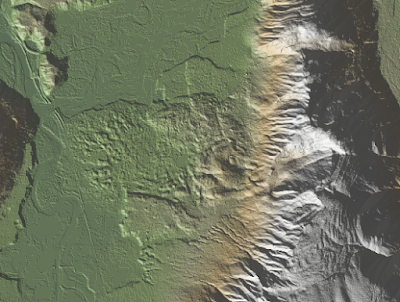 DEM of the Van Zandt Slide

Geoffrey Malick led me and a few other helpers to the top of the slide area as he is doing some much needed research and investigation of the landslide. There have been reports of some slide movement or noises coming coming from the mountainside. Indeed it appears that there is some recent movement. 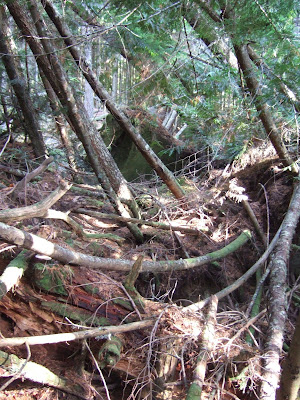 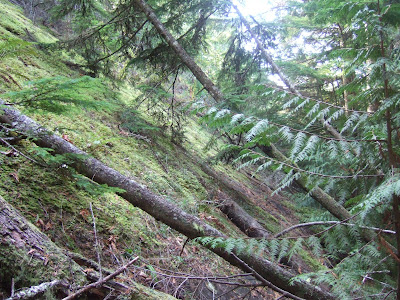 The smooth moss slope with recently fallen trees is a dip slope within the Chuckanut Formation. The jumbled pile of rock and trees in the first image was lateral from and below this slope. A close look at the slope found striations on the smooth rock face indicating slip direction. 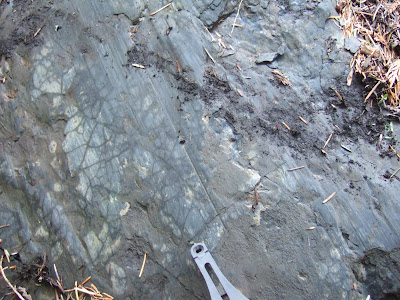 The striations shown above are at an angle to the slope (dip) of the formation. This is a big multi section landslide complex and I only spent a short time at the site. It is slide that needs to be much better understood. As I do dabble in the policy realm, this slide and how to think about it from a policy perspective presents an interesting problem. My thinking on this issue is evolving and revisits to this landslide will be in order.
Posted by Dan McShane at 5:35 PM