Notes on the Continental Divide 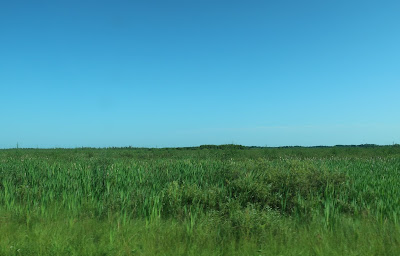 Its pretty hard to see the continental divide on the ground in Minnesota and parts of North Dakota. The breaks in water flow to Hudson Bay, Gulf of Saint Lawrence and the Gulf of Mexico meander through low topography between lakes and sometimes swampy ground. 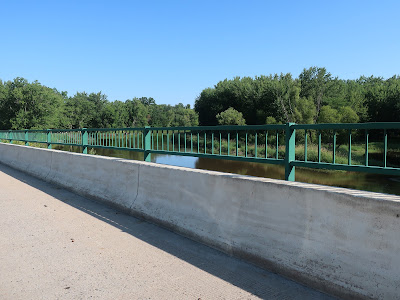 I played around with DEMs (digital elelvation models) to help visualize the divides.

The Mississippi drains southeast out of an area of elevated ground between Lake Superior and the broad plain of the Red River valley to the west. The Red River/Mississippi divide meanders across slightly elevated ground along glacial moraines and between lakes. The Red River is a product of continental ice pushing south as well as water flowing out from the melting glacial front. The divide within this glacial valley between the Red River and Minnesota River is marked by a low moraine that crosses the former glacial meltwater valley.

Closer view of the divide between the Red and Minnesota


TheJjames River in North Dakota is also separated from the Red River by a moraine. The two river flow parallel to each other with the Red flowing north and the James flowing south.

The drainage divide between the Mississippi and Lake Superior is also located within an ice age river channel with the divide being a bit of swampy ground between the start of the Bois Brule River and the Saint Croix River.

The glacial period greatly altered the drainage landscape of North America. The same was true in Washington State. While we thing of divides as being located along ridge crests of mountains and hills, there are numerous river divides that are located within former glacial and glacial river valleys with the divide being nearly impossible to discern on the ground. Examples are the divides between the Samish-Nooksack divide and the Sauk-Stillaguamish divide. The Columbia-Kootenay divide at Canal Flats in British Columbia is another grate example. The history of many of our rivers have been shaped by the glacial period.