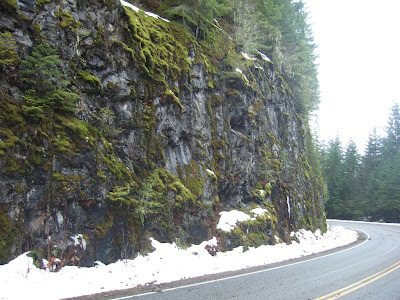 I ventured into the Baker Window last week. A window in geology terms is a structure where there is a hole in the overlying thrust sheet or sheets. The rocks under the thrust sheet are exposed in the window area. 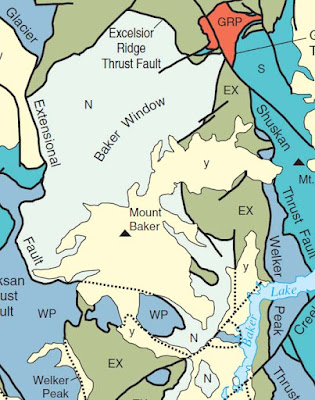 Simplified geology map of Baker Window  (Tabor and others, 2003)

The Nookasck Formation (light blue and N) is exposed in the Window. Thrust nappes over the Nooksack Formation from base to top are the Excelsior Nappe (EX), Welker Peak Nappe (WP), Shucksan Nappe (S), and Gold Run Pass Nappe (GRP). Tabor and others (2003) suggest that the window is in part exposed due to a extensional fault noted on the west side of the Baker Window.

The Nooksack Formation rocks on the north side of Mount Baker are somewhat different than the units on the south. As Tabor and others (2003) noted, "Where fossils are absent, some of the more deformed clastic rocks of the Nooksack are difficult to distinguish from rocks of the Late Paleozoic Chilliwack Group". Indeed, earlier maps as recently as 1986 (Brown and others, 1986) put some of the Nooksack Group as Chilliwack.

I stopped at the cliff along the road shown above and looked for fossil belemnites, a definitive feature elsewhere in the Nooksack Formation. I found no fossils and found the rock to have multiple distinct slaty cleavage development. Those observations are consistent with Tabor and others (2003) as well as my own memory when I stopped along this road in 1983 with Chuck Ziegler during his time working with these rocks. 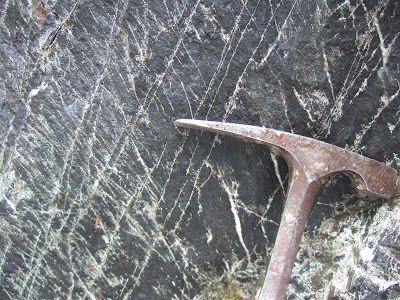 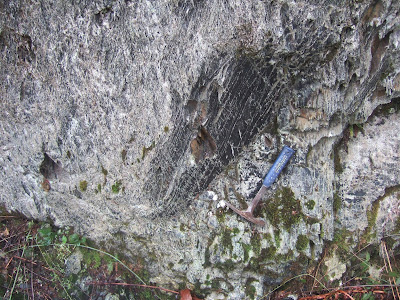 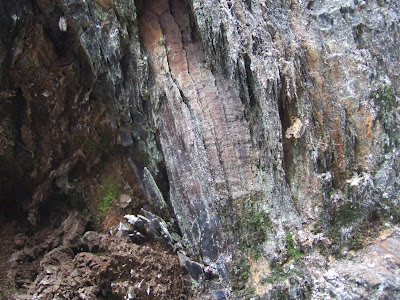 Looking at your image of multiple slaty cleavages in the Nooksack Formation, I am immediately reminded of the similarly-polyphasic deformation of the Parsons Bay Formation of north-central Vancouver Island (my geologic stomping-ground for the past four decades). Our great fortune up here is that those slaty rocks of our often contain variably-deformed fossils of Monotis subcircularis.

Thanks for your blogging: it's nice to see another practitioner's view of Cascadia.