Eureka Flat is an anomalous flat stretch of land across the southwest Palouse. This flat stretch appears to be related to wind blowing through Wallula Gap.
Low spots along the Cascade Range are areas with significant wind movement and as such have been the hot spots for wind energy development new-landscapes-defined-by-wind. A low west of Ellensburg and the Columbia River valley through the Cascade Range have been the focus wind energy projects. The Horse Heaven Hills along the north side of the Columbia form a barrier that focuses the wind coming up the Columbia along the ridge tops and hence the summit Ridge of the Horse Heavens from south of Kennewick to Walla Walla is lined with wind turbines. 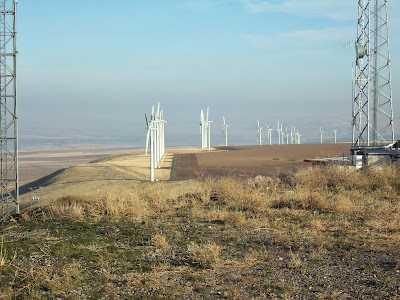 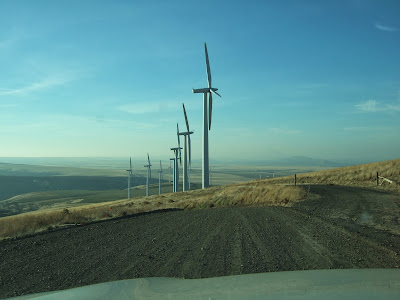 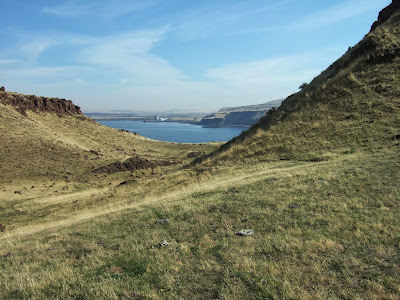 View from the upper slopes of Wallula Gap to the northeast
Just upstream of the gap the Walla Walla River joins the Columbia and a bit further up stream from there the Snake River flows into the Columbia. In the early fur trading period a trading post "fort" was built at the gap. The site operated as a fur trading post from the 1818 to 1857 by the North West Company and then the Hudson Bay Company. The fort was an important station in the early days of U.S. control of the territory and early accounts from that period focused on the wind. While the fort was strategically located for trade purposes, the wind made it rather uncomfortable.
In those days there was more than just wind. The wind had lots of material to blow. Yearly flooding on the Columbia River left huge sand bars and piles of silts that would be exposed to the wind blowing through the gap. The flood sediments would be blown through the fort area to points northeast into the Palouse Hills. What was left behind were lag deposits of coarse sand and gravel.
The stronger winds blowing through the gap appears to have shaped the land to the northwest leaving what appears to be a long divot extending from Wallula Gap nearly to the Tucannon River through the southwest part of the Palouse Hills. A portion of this area is called Eureka Flats. 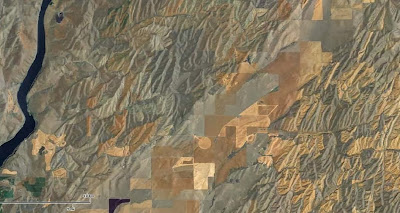 Aerial view of upper Eureka Flat (USGS)
Driving through this section of the southwest Palouse the sudden flatness of the area is an anomaly compared to the more rolling hills of the Palouse. The area appears to be a broad coulee, but it is not associated with any flood water path. It has been postulated that flood waters may have over topped the upper end of the Eureka Flat valley, but the upper end of the Eureka Flat valley is likely too high to have been over topped. So I am inclined to lean toward a wind explanation for this subtle landform. 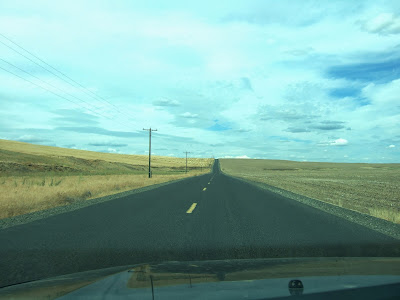 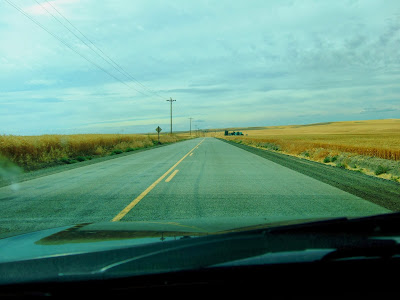 Concrete haul road on Eureka Flats
Posted by Dan McShane at 9:01 AM