The Rarest Forest in Western Washington? 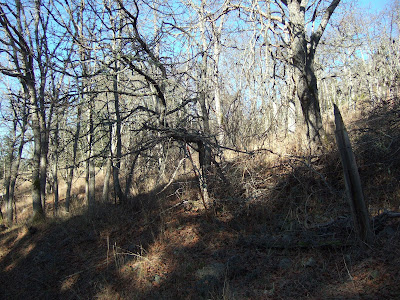 I was traversing a slope above the north end of West Sound on Orcas Island and noted the forest had a markedly different feel than the usual western Washington forest and sure enough I noted the leaves on the ground were oak leaves. 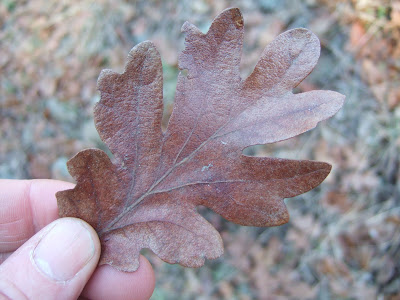 Garry oaks grow are found in the warmest and driest sites in western Washington. They become progressively less common towards the north, but there are stands on the east side of Vancouver Island as far north as Courtney. These trees were once much more common but have been slowly crowded out by other trees particularly Douglas fir as fire is less common in western Washington than it was prior to Anglo settlement. First Nations people managed oak prairie habitats for the oaks and plants that grew under the oaks as food sources. The open grass areas under the trees and in the open areas between the trees were good deer habitat, another food source. Moerman (1998) has postulated that First Nations peoples spread oaks by planting acorns in favorable locations, but the oaks may be a remnant forest from a time when the coastal northwest was warmer and drier a few thousand years after the last glacial period approximately 8,000 years ago. Although stands of oaks are not rare in dry areas of western Washington (think Oak Harbor) I always enjoy seeing these trees as it is a reminder that our landscape changes and they are just different than the usual trees I see.

But this particular forest of oaks had another tree. Scattered throughout the stand were juniper trees. Juniperus maritima are more are a unique species to northwest Washington and southwest BC. They are found within the very dry portions of the Olympic Mountain and Vanvouver Island rain shadow scattered pockets of this tree are present in areas of rocky dry ground with poor soil. The rocky west side of Orcas Island has a fair number of these trees. 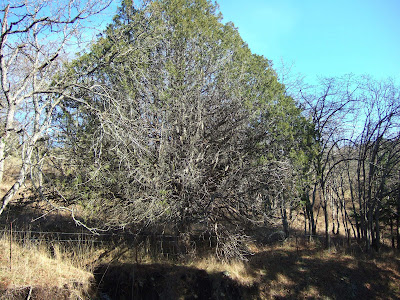 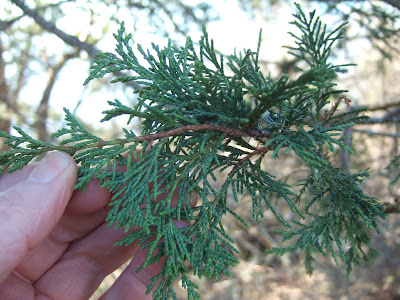 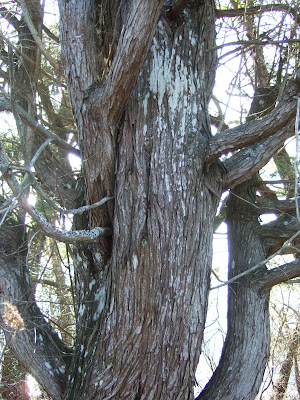 The Garry oak ecosystem of western British Columbia is considered one of the rarest ecosystems in Canada. Garry oak forest is not common in western Washington, and with the mix of Juniperus maritima, this may perhaps be the rarest forest in western Washington. Work associates have indicated to me they have seen the same association on Fidalgo Island west of Anacortes and on Sucia Island north of Orcas Island. 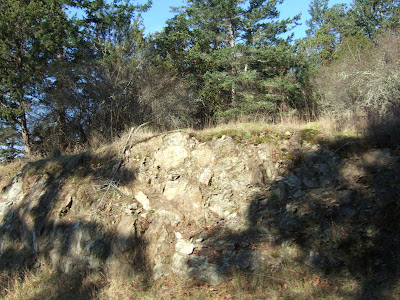 What rock type is Orcas Island? I know there is a section of ultramafic/ophiolitic rocks at the western end of Fidalgo Island and the vegetation changes drastically at the rock contact.

Orcas Island as whole is with the Northwest Cascade-San Juan Island melange as is Fidalgo Island. The term melange means mixed and that is exactlt what Orcas Island has.
The rare forest is on an are of very thin soil over bedrock consisting of the Turtle Back Complex. The Turtleback Complex rocks are the oldest on the island. What I saw of the rock exposures in the forest is diorite, a granitic like rock.
I do know that there are junipers on Fidalgo, but I haven't seen the juniper-oak mix. Fidalgo's west side has some ultamafite rocks that are chemically a tough place for plants.