One of the famous Ice Age Flood sites is the giant ripples southeast of Wenatchee. The ripples are on top of a huge flood worked gravel bar on the west side of the Columbia River across from Crescent Bar. I got a nice enhanced view of the ripples this week as they were partially covered with snow. From a distance they look like sand dunes but in fact are underlain by cobbles and gravel. 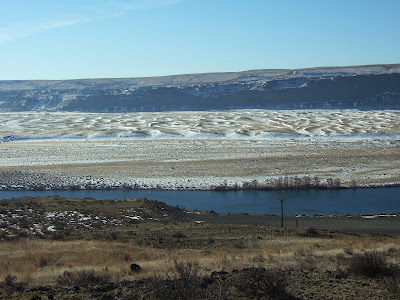 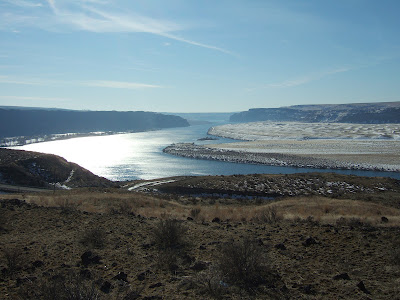 The giant ripples can be seen from Highway 28 between Wenatchee and Quincy. 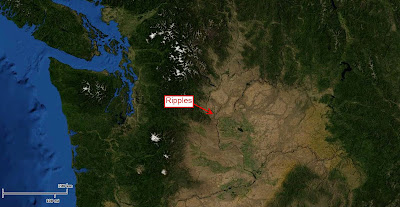 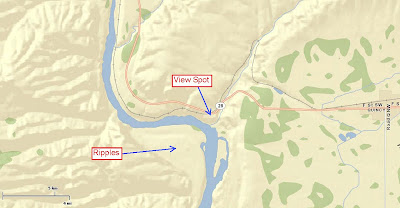 These ripples were one of the early bits of evidence of giant floods having impacted eastern Washington. The ripples themselves are impressive, but the topography of the valley can also give one a scale of how much water was surging through this area. 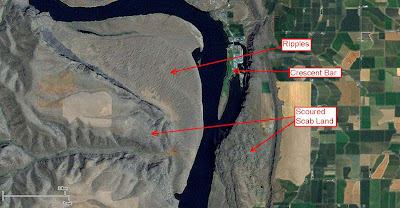 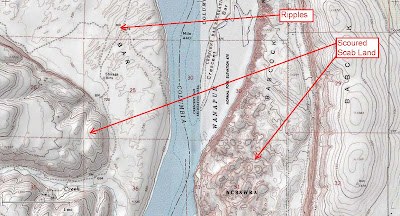 The water surging down the Columbia River valley from at least some of the huge floods was over 500 feet deep! The view point itself would have been under water. Not all of the Missoula Floods flowed through the same route in this area. In the case of ripple area pictured, the flood waters followed a path down the Columbia River. Other flood routes included Moses Coulee a route when the Columbia River river was diverted eastward by the Okanagan ice lobe. At least one and likely several of the Missoula Floods followed this route, but as the ice lobe pushed further south, the Moses Coulee route was blocked as well and the Columbia was pushed into the Grand Coulee where numerous floods surged through and J Harlan Bretz started putting together his story of a catastrophic flood. This particular set of ripples was from one of the later ice age floods associated with the collapse of the ice lobe blocking the Columbia River north of Wenatchee. 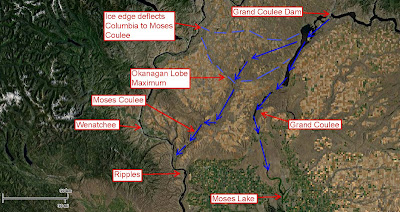 A final note - Moses Coulee is named after Chief Moses moses-epic-figure-of-19th-century  as he lived in the Coulee for a fair bit of time and the Coulee was a good trail route up onto or down off of the Waterville Plateau.
Posted by Dan McShane at 3:59 PM

Huh. Probably drove right by those a long time ago and didn't even notice. I'll have to add this to my list of places to go back to!