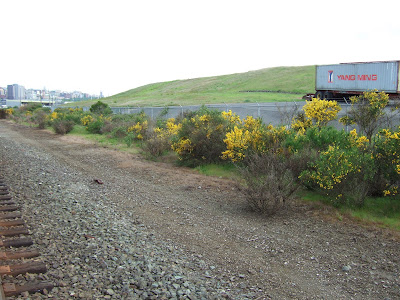 Tuesday I had a morning meeting in Olympia, Washington. Olympia is about 150 miles south of Bellingham where I live. The route down Interstate-5 passes through Washington State’s most urban landscape and hence sometimes can take a lot longer than the 2.5 hours with no traffic. Hence I left on the early side to give myself plenty of time.

Turns out I encountered no traffic at all so I paid a short visit to Tacoma to fuel the car and visit the Grassy Knoll. In the mid 1990s I spent the better part of a year working at the Tacoma Tar Pits. The Tar Pits were an area of wetlands on what had once been tide flats. The tide flats had been filled and used for a variety of industrial purposes including converting coal to natural gas. The waste product was coal tar. The tar was disposed of by discharging it into the wetlands and other low areas around the site.

Tacoma Tide Flats. The gray/brown plume is silt from the Puyallup River. The silt is from glacial melt water derived from Mount Rainier.

Grassy Knoll on Tacoma Tide Flats. Building in upper left is a new prison.
Most environmental projects are not particularly interesting geologically. But this site had many layers. I developed an entire stratigraphic system for the site that included a variety of formations: Tide Flats, Grass Mat, Plank Roads and Pilings, Smelter Slag, Auto Wrecking Units with sub units of fluff, acid, oil, and coolant, PCP waste oil, Rail Waste, Coal Tar and Hair Tar. The Hair Tar was the waste tar that was used to strip the hair off of hogs. I was not on site when investigators encountered the Blood layer.

One of the jobs I had was the daily oversite of the construction of the Grassy Knoll. Essentially we mined all the contamination mess described above, mixed it with clay and concrete and built the Grassy Knoll. The Grassy Knoll is a new term for the hill that was built. Prior to the grass planting we called the mound that began to rise above the surrounding tide flat industrial area something else that can not be repeated in civil company.

A lot has changed in the tide flat area. New industrial development has come into some of the areas we excavated. Near the city center, a glass museum has been built, the old rail station and other buildings have been fixed up and a new bridge has been constructed over the waterway. The term gentrification could even be used for some of the old buildings. When I worked here most of the windows in these buildings were broken and the neighborhood above the area was considered dangerous. 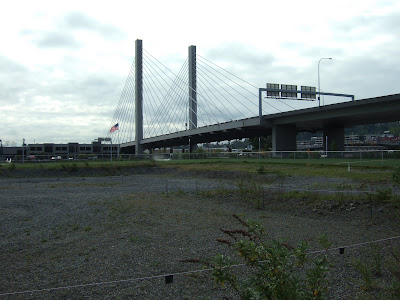 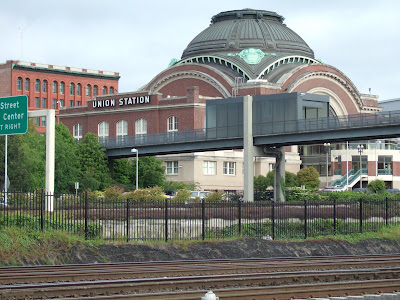 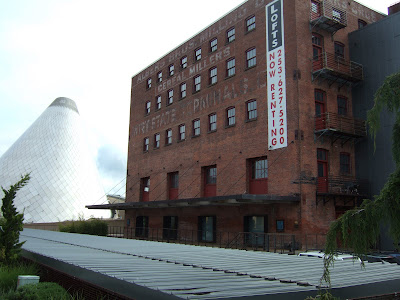 Old flour mill and glass museum
The Grassy Knoll was a small part of the effort to clean up the area. When I think of the stratigraphy under the Grassy Knoll, I think about how much our urban landscapes have changed over time. I hope Tacoma will maintain its character and there will remain people that will defend its honor.

When I was a kid we used to call it "Tacky Ma". It really has changed a lot since then, especially the smell. Interesting post, thanks, Dan.